Teaching Evolution through the Scientific Method 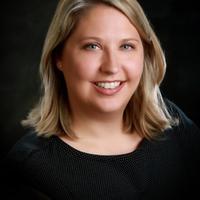 Jennifer Hargrave, University of Louisiana at Lafayette
Geoscience educators often present topics that are considered controversial, such as the Big Bang Theory and the Theory of Evolution. However, these topics are often met with objection due to personal beliefs. As educators, it is our responsibility to teach our students the science, research and data behind these topics. Presenting the topics in a framework based on the scientific method can help minimize the pushback. One strategy is to begin the course with a module on the scientific method, stressing the meanings of the key words, such as hypothesis, law, and theory. These words are often misunderstood and misused, leaving students to respond "it's just a theory". The introduction can be reinforced with examples and practice of experiments using the scientific method. Once understanding has been demonstrated, other course topics, such the Theory of Plate Tectonics and the Elastic Rebound Theory, for example, can be taught using the scientific method. These less controversial theories help students grasp the validity of how science works. Finally, the topics that garner the pushback are presented in a similar manner, demonstrating how the observations, data, and explanations led to the designation of a theory. Students tend to be more receptive to the "controversial" data when presented within the framework of the scientific method.
« View More Oral Sessions