Scale, Proportion, and Quantity in K-8 Science: The NGSS and Science Textbooks 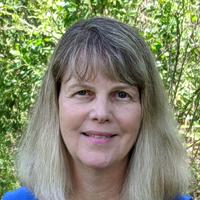 Kim Cheek, University of North Florida
An accurate conception of scale is important in all science disciplines, perhaps none more so than geoscience. While some geoscience processes and events occur at spatial, temporal, and numeric scales perceivable by humans, others occur at scales that are either too small/short or too large/long to be directly observable. Standards documents, including the Next Generation Science Standards (NGS) underscore the point that learning about scale in science is important for all students, not merely geoscience majors. The NGSS identifies scale, proportion, and quantity as one of seven crosscutting concepts (CCC) that function as lenses or tools to construct explanations about scientific phenomena throughout K-12 grades, not merely in high school. Unfortunately, teaching about scale has been made more difficult by the fact that researchers and practitioners have defined scale in multiple ways. Similarly, it is not entirely clear how the NGSS writers distinguish among the three aspects of the CCC nor precisely how they define the term scale. For the purpose of our research we have adopted two meanings of scale, the first as the spatial, temporal, or numeric magnitude of an object or event which could be measured in standard or nonstandard units. The second refers to the spatial, temporal, or numeric relationship between objects or events. While this includes formal proportional reasoning, scale as a relationship can also be expressed qualitatively.

In this talk we describe our qualitative analysis of the use of the term scale as magnitude or a relationship in the NGSS connected to elementary and middle school level performance expectations in Earth and Space Science. We then examine how those meanings of scale are displayed in textbook images from several commonly used textbook series at those grade bands. Implications for K-8 classrooms as well as teacher preparation for K-8 teachers are discussed.