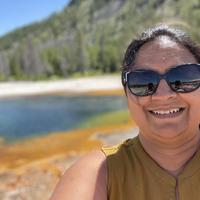 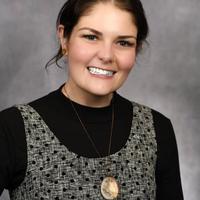 Cory Forbes, The University of Texas at Arlington

Mark Chandler, Columbia University in the City of New York
Learning about Earth's climate system and global climate change (GCC) is critical and has gained impetus with the implementation of the Next Generation Science Standards (NGSS Lead States, 2013). One approach to cultivate effective, climate-focused learning environments is emphasizing the practices of climate scientists through the use of climate models in instruction.However, creating a learning environment where students use models productively to understand climate-related concepts is challenging. To address this need, we are engaged in a 4-year, NSF-funded project to develop, implement, and test a 3-week curriculum module designed around an online, computer-based NASA global climate model, grounded in theoretical framework for scientific modeling. We present data collected during Year 1 implementation of the module in two 9th-grade geoscience classrooms. Students' knowledge about GCC (N=298), revealed significant difference in general concepts related to Earth's climate (M=13.65, SD=4.4) and those based on data-based evidence for GCC (M=14.54, SD=4.87), in both the pre-unit assessment, t (298) =44, p<0.001, and post-unit assessment, t (298) =39.8, p<0.001. Through a comparison of simulations representing stable and predicted Earth's climate, students were able to correlate atmospheric carbon dioxide gas levels and average surface temperatures in the Earth's atmosphere.They were also able to create scientific visualizations for depicting scenarios of past, present, and future Earth's changing climate. We observed that students' engagement was not just restricted to data-based exploration with EzGCM. They were simultaneously immersed in learning about the methods, vocabulary, and concepts specific to climate modeling. Additionally, using a model-based framework further helped students in formulating, evaluating, justifying and communicating their own scientific claims about the Earth's climate. Findings from this study have important implications for our ongoing efforts to refine the curriculum module and support teachers, as well as the field's understanding of teaching and learning about Earth's climate system and GCC.