Thursday B: Program and Faculty Development 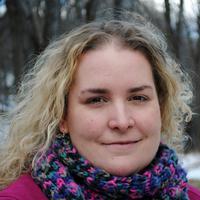 Community college science departments have a unique opportunity to approach faculty development in an interdisciplinary manner. A challenge to moving the department forward as whole is the number of foundational courses that are taught by adjunct faculty. Professional development is critical for supporting continuous faculty growth, but it is often not well supported in the community college environment. With grant support and SERC materials, we have introduced a series of workshops for all of the science faculty around the focus of creating inclusive and innovative classrooms in order to increase retention across the STEM disciplines. Elements of the workshops include active learning, cultural competency, research-based classroom strategies for engagement, and improving communication between faculty and students. Faculty are also encouraged to participate in the InTeGrate webinar series, and to implement the InTeGrate modules across the science department. In addition to these strategies, our department has developed a program to foster peer learning and an exchange of ideas among the faculty, and to encourage classroom innovation. Called the STEM Collective, the long-term goal of this project is to establish an ongoing dialogue where everyone can contribute ideas and experiences, test new teaching strategies, and solicit feedback from the group. As part of the program, adjunct faculty are encouraged to observe full-time faculty who are using active teaching methods in the classroom. Each instructor then develops an action plan to introduce an innovation into their own classroom, and to assess its overall effectiveness. As a whole, the goal of these professional development efforts is to improve teaching and learning and the overall student experience in science. More inclusive and engaging classrooms increase retention and promote expanding diversity in STEM.
2:00pm
Expanding the perspective and offerings of the Traveling Workshop Program

The Traveling Workshops Program (TWP) has been strengthening departments and courses by offering workshop opportunities for departments and groups to examine such topics as program design, curriculum mapping, action planning, active learning, and course design. Starting in 2017, the TWP is building on these foundations to expand their offerings to include interdisciplinary programs, designing societally relevant courses, and a greater focus on supporting all students. The Traveling Workshop Program brings national leaders in environmental, sustainability, and geoscience education to your campus, regional, or national event. The TWP focuses on opportunities to strengthen both courses and programs. It brings together expertise from numerous NSF funded projects including the On the Cutting Edge, InTeGrate, SAGE, and GeoNeeds. The TWP is a part of NAGT's integrated Workshop Program. Within the TWP, there are six workshop themes that host institutions can choose from. Within each of these themes there are numerous sessions and topics that can be combined to produce a workshop that is the most beneficial to your department, program, or group. In addition, workshop themes can be combined if the host institution is interested in addressing course-level and department- or program-level issues. Workshop themes include: 1) Geoscience and Environmental Science Departments; 2) Cross-Campus Environmental and Sustainability Programs; 3) Earth Science in K-8 Teacher Preparation Programs; 4) Supporting the Success of All Students; 5) Intro and Upper-Level Courses; and 6) Effective and Societally Relevant Courses. Dependent on workshop theme, participants will have a combination of the following: Strategies and approaches that have worked for others in the US and Canada; a collection of resources, including department best practices, curricula, courses, modules, and activities, on the topic(s) of their choice; and a departmental, program, or individual action plan for moving forward. Learn more and view the program details at http://nagt.org/nagt/profdev/twp/index.html.
2:15pm
A Joint 2YC-4YC Research Methods Course to Increase Transfers and Improve Success

Faculty at the Community College of Rhode Island and the University of Rhode Island developed a geoscience research methods course targeted at students who have completed one introductory geology course. This course is open to both 2YC and 4YC students and is co-taught by faculty at each institution. The course guides students through the research process, where students learn, practice, and apply skills essential to success in the field of geosciences. For the first half of the semester, students learn in a hands-on way about different aspects of scientific research. They are guided through different steps, such as determining a hypothesis, collecting data, analyzing data, and communicating science, using group research projects as a key teaching tool. In the second half of the semester, students apply what they have learned about the research process to ask and answer their own scientific question using data they collect, culminating in a presentation at the end of the semester. A key component of the evaluation is weekly self-reports by students about their interest, confidence, and motivation to become a geoscience major. Students also write reflections every week about their reaction to the research process. These frequent responses give fine-scale insights about specific aspects of the course that affect whether or not the students become or remain geoscience majors. The development of this course is part of a larger suite of activities designed to improve transfer and increase the number of geoscience majors through a GEOPATHS grant. In this presentation, we present emerging trends in student interest, confidence, and motivation to be geologists based on self-reported survey data and reflection statements.
2:30pm
Break
2:45pm
Science Expo: Encouraging student research and experiential learning across the science department

Undergraduate research is an excellent way to engage STEM students and increase retention. With a wide range of student diversity, community colleges are an important part of the STEM pipeline. Historically, it has been difficult for community colleges to provide undergraduate research opportunities due to lack of funding for projects and little support or opportunity for faculty to pursue research. To address this problem, our department has been encouraging faculty to incorporate research and experiential learning directly into their classes. To take these projects beyond the classroom and give the students an opportunity to present their research in a professional setting, The Science Expo was born. Each semester, the science department does training with the faculty on incorporating research and team projects into the classroom. Modules were developed to help students learn how to write an abstract and publish a research poster. Student research projects are now incorporated into physics, biology, geology, environmental science and integrated science classes. The students present their work at the end of the semester at our department sponsored poster session, The Science Expo. Our future plans are to include other area community colleges and future Honors program capstone projects to this event. We have also introduced a new Experimental Design class to further support students interested in doing team research. Another effort to support and encourage student research was the introduction of the STEM Scholars summer research internship project, supporting seven first generation college students. The students were placed with faculty from RRCC, and several of our four year transfer partners. The students present their research posters at an Expo at the end of the summer semester. Student and faculty response to participation in these efforts has been positive and student retention has increased.
3:00pm
Assessing Impact of InTeGrate Materials in an Introductory Environmental Science Course

Using InTeGrate modules in an Introduction to Environmental Science course since the spring of 2016, gains in student achievement in objectives related to soils, agriculture, mining, climate change, among others have been measureable. The Faculty Mentoring Network (FMN) with InTeGrate and QUBES was in Spring 2016 was invaluable in guidance with the initial modules used in the course: A Growing Concern and Soils, Systems, and Society. Additional modules were added in the fall of 2016 (Climate of Change and Natural Hazards and Risks) to strengthen the course. Most recently, experiences as a co-mentor for the new cohort of InTeGrate FMN using the QUBES platform, in the Spring of 2017, has led to a new depth of reflection and addition modules added: The Wicked Problem of Global Food Security and Mining and Mining Impacts. Student feedback and results of assessments will be shared as part of the session.
3:15pm
Are we testing what we think is important? An historical, exploratory analysis of the New York Regents Exam in Earth science

Over the last decade, communities of scientists came together to develop the literacy documents in climate, oceans, atmospheric science, and Earth science. These documents outline what every citizen should know to be "literate" in these areas. The literacy principles encapsulated in each of these documents were taken into account in the development of the Next Generation Science Standards, where, presumably, they will guide the development of what is taught and tested in adopting states across the country. We asked the question: to what extent are those literacy principles reflected in current high school assessments? At the high school level, are we testing the concepts that the scientific communities think are most critical for all citizens to know? To address this question, we examined the longest-running Earth science assessment in the country: the New York Regents Exam. We examined one exam from each decade starting in 1942 (the second year of the Earth science exam) and up to 2012. We coded exam questions for alignment with the literacy principles, "sphere" addressed (lithosphere, atmosphere, solar system, etc.), level in Bloom's taxonomy, question type (multiple choice, true/false, etc.), quantitative skills used, and whether or not the reference tables are required. Several initial observations emerge from this analysis: very few of the literacy principles are addressed in the exam in general; significant changes in all aspects of the exams occurred between 1962 and 1972, and between 1993 and 2002. While the changes in the 1960's can be attributed in part to the establishment of plate tectonic theory and the space race, the changes in the 1990's are not as easily explained. If New York State adopts the NGSS, significant changes will be required to align the Earth science Regents courses and exams with the standards.
3:30pm
Earthquake Education Workshops In N.C.: A Teacher-Led Model For Science Education Workshops

In September 2014, the North Carolina Geological Survey (NCGS) conducted a series of three one-day earthquake education workshops in the western part of the state. These workshops were funded by a grant from the FEMA Earthquake Program EMA-2012-GR-5283-001. The workshops were led by two winners of the National Association of Geoscience Teachers Outstanding Earth Science Teacher (OEST) Award, who had also participated in a two-day Incorporated Research Institutions for Seismology (IRIS) workshop. The participants included both formal K-12 teachers and non-formal educators such as N.C. State Park Rangers. Each participant received a notebook of activities, education kit materials, Continuing Education credits and Environmental Education credits. The NCGS subsequently made available all materials through download from our geoscience education webpage. The OEST teachers, with some initial guidance from IRIS, determined the agenda, materials and hands-on activities that would be directly useful in the classroom, and all materials were correlated to the N.C. Essential Standards (science) curriculum. The experience of these veteran teachers informed the workshop planning process, keeping in mind the realities of the classroom and expectations put on teachers. This workshop was not a content workshop led by an expert scientist presenting in-depth information and requiring teachers to digest, develop and institute their own programming. However, a seismologist was involved to fact check and provide expertise as needed. The agenda was built to be a cohesive set of activities that could literally be used the next day in the classroom. The lead teachers discussed characteristics of demonstrating each activity and how to teach the information to various types of learners. In turn the participants were able to ask the lead teachers for suggestions in presenting the information and demonstrations to their specific audiences.
3:45pm
Discussion
« View More Oral Sessions