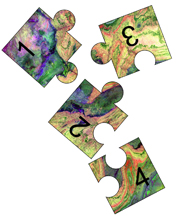 The jigsaw technique was developed and named in 1971 at the University of Texas, Austin by Elliot Aronson (more info) as a way for students in recently desegregated schools in Austin to interact in the classroom in a way that would reduce suspicion and distrust. Aronson has since written widely on the jigsaw technique, focusing on the benefits of jigsaw for reducing hateful behavior and increasing cooperation in the classroom. Since the 1970s, other educators have adopted and adapted jigsaw for use in a wide variety of classroom, lab, and field situations at all levels from grade school to graduate education. The benefits of the technique clearly extend beyond more positive student interactions.

Effectiveness of jigsaw in particular

Cooperative learning works well when 1) students are interdependent in a positive way, 2) individuals are accountable, 3) students interact to promote student learning, 4) groups use good teamwork skills, and 5) students have an opportunity for analyzing how well their groups are functioning (Johnson and Johnson, 1999; Johnson et al., 1998; Slavin, 1991, 1996).

The first three components are inherent in the way that a well-constructed jigsaw functions.

The fourth and fifth components of successful cooperative learning are not inherent in the jigsaw structure but can be addressed by the instructor in a variety of ways, including starting with lower stakes interactions early in the semester and setting aside time for students to reflect on what is working and what isn't.

A number of studies have documented effective use of jigsaw in a variety of types of classes: undergraduate statistics (Perkins and Saris, 2001), undergraduate biology lab (Colosi and Zales, 1998), undergraduate psychology (Carroll, 1986), prospective elementary school teachers (Wedman, 1996; Artut and Tarim, 2007), undergraduate geology (Tewksbury, 1995), and project-based computational science and engineering at the U.S. Naval Academy (Burkhardt and Turner, 2001).

Two critical ideas emerge from research on jigsaw:
For these reasons, the jigsaws described in this Pedagogy in Action module emphasize the importance of a culminating group problem-solving task.

Overall benefits of the jigsaw technique