Earth and Mind blog posts on spatial thinking in the geosciences

Spatial Thinking in the Geosciences

This summary was compiled by Carol Ormand, SERC. 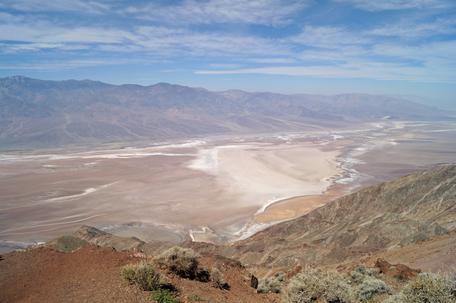 ×
Consider, for example that all of the following are encompassed by the term spatial thinking: mental rotation, navigation, penetrative thinking (imagining the interior of an object), disembedding (extracting relevant information from a visually complex scene), perspective taking (imaging what an object or scene would look like from another perspective), retrodeforming (imagining what an object looked like prior to deformation).... And this is not an exhaustive list. While some of these skills are cognitively related, others appear to utilize separate cognitive pathways (e.g. Hegarty et al., 2009; Ormand et al., 2014). Thus they are, cognitively speaking, different skills.

Kozhevnikov et al. (2005) reported neuropsychological evidence that spatial visualization (visualizing properties such as location and spatial relationships) is different from object visualization (visualizing properties such as shape and color). In particular, they "identified a group of visualizers who scored poorly on spatial imagery tasks but excelled on object imagery tasks" and a second group who had the opposite results (Kozhevnikov et al., 2005). Chatterjee (2008) further classifies spatial visualization skills into a 2x2 typology: static relations within objects, static relations between objects, dynamic relations within objects, and dynamic relations between objects. For example, the angle between bedding and foliation within a fold, at an outcrop, is a static relationship within the outcrop; the angle between bedding and foliation as that fold was forming is a dynamic relationship within the folded strata. Shipley et al.'s (2013) 2x2x2 typology goes one step further, noting that spatial visualization also involves separating or combining individual "objects": that is, we use visual perception to decide what constitutes a single object and how it relates to other objects. Novices may not recognize different lithologies within a single outcrop, or may fail to mentally connect their observations across multiple outcrops (Shipley et al., 2013). It remains to be seen how, and to what degree, all of these visualization skills are related.

Liben, L.S. and S.J. Titus (2012). The importance of spatial thinking for geoscience education: Insights from the crossroads of geoscience and cognitive science, in Kastens, K.A. and C.A. Manduca, eds., Earth and Mind II: A Synthesis of Research on Thinking and Learning in the Geosciences: Geological Society of America Special Paper 486, pp. 51-70.

Manduca, C.A. and K.A. Kastens (2012). Geoscience and geoscientists: Uniquely equipped to study Earth, in Kastens, K.A. and C.A. Manduca, eds., Earth and Mind II: A Synthesis of Research on Thinking and Learning in the Geosciences: Geological Society of America Special Paper 486, pp. 1-12.

Spatial Thinking resources from across Teach the Earth »

Spatial Thinking resources from across Teach the Earth »