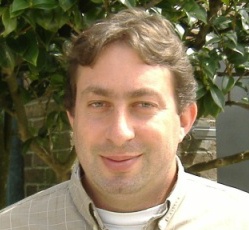 As a graduate student at the University of New Hampshire I focused on climate change and the biogeochemistry of CH4 and CO2 fluxes from boreal and arctic wetlands in Alaska and Canada. Following graduation my work has focused more on geoscience education including pre-service teacher preparation and course development for general education/non-major populations. This work has been performed at a variety of institutions including Minnesota State University, Walden University and most recently Tulane University. Coming to Tulane after hurricane Katrina has inspired increased interest in the possible linkages between climate change and the strength and frequency of hurricanes.

Approximately 50 of my students from both classes are engaged in service learning on Grand Isle, a barrier island south of New Orleans, that is succumbing to subsidence, sea level rise and was ravaged this semester by both Hurricane Gustav and the surge from Hurricane Ike. The students have been measuring beach profiles in an attempt to get a handle on the erosion rate and sand budget of this critical defense to greater New Orleans. The erosion rates are sufficient, even in the absence of hurricanes, for students to see changes during the course of the semester. We have been fortunate in our data collection because the students captured beach erosion before the hurricanes, before the summer 2008 Army Corp of Engineers' beach nourishment project and after the hurricanes struck the island. (See images below.)

My teaching has focused most on geoscience for the vast majority of students who will NOT go on to become geoscientists. This population is critical to maintaining support for the geosciences but, more importantly, forms the majority that must understand and act on the knowledge geoscientists discover if we are to reduce and mitigate the affects of climate change. At the moment I teach/coordinate both lecture and lab components of physical geology and teach a seminar course for freshman specifically on climate change. In this last course in particular, we focus on the effects of climate change on coastal regions using New Orleans and Louisiana as a venue for exploration. Currently we focus on hurricane effects and ways in which one might mitigate hurricane damage in an environment of rising sea level. We explore the hurricane/climate change linkage through the use of a guest speaker/facilitator, Louisiana State Climatologist Barry Keim. While Dr. Keim provides tremendous insight into the current state of the science on this topic...it would be of great advantage to develop an activity/lesson that could be applied more broadly as he only can work meaningfully with the seminar class...and only when he is available.

So, I would like to develop an activity that can be used in a general physical geology class that would take advantage of our data, imagery and experiences from the Grand Isle project and combine it with the science of the hurricane/climate change linkage for use with large general education classes... both in coastal regions like LA but also more generally in regions without their own barrier island to play on. I am interested in using this activity not just in general education classes...but also eventually making a version available for pre-service teacher preparation and in-service teacher faculty development programs.

More to come once I learn how to shrink them down!