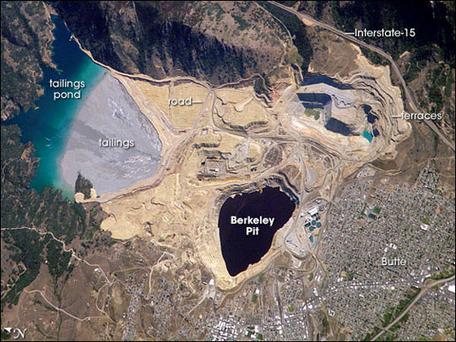 Butte, Montana was once know as "the richest hill on earth" for it's historical extensive mining industry. The area has now transformed into the nation's largest superfund site after much of the mining was shut down and the Berkeley Pit filled up with acidic groundwater with high concentrations of hazardous heavy metals.

Underground copper mining in Butte, Montana since the 1870's has resulted in over 49 miles of vertical shafts and 5,600 miles of horizontal workways. In 1955, high copper prices drove Anaconda Copper Mining Company to open a new pit mines including the Berkeley Pit. Pumps had to be used to dewater the mines, but on April 23, 1982 Atlantic Richfield Company (ARCO) suspended mining in the Berkeley Pit and the pumps were shut down. The pit filled back up with 40 billion gallons of acidic water. Today the pit, its tailings ponds and groundwater have high concentrations of heavy metals. The Berkeley Pit is a terminal sink so all the contaminated surface and ground water flows into it. Now Butte is the largest U.S. Environmental Protection Agency (EPA) Superfund site in America. It is the their job, along with the Montana Bureau of Mines and Geology and other groups, to maintain it as a terminal sink and keep the pathogens contained to help the public stay safe and healthy.

Source of Acidity and Metals in Water

When the groundwater flows through the old mine shafts, it reacts with oxygen to oxidize the sulfide minerals in the area which makes the water acidic. It drains into the Berkeley pit where the pH is 2.8-3. As the acid water travels through the ground it dissolves out metals such as arsenic, copper, cadmium, cobalt, iron, manganese, zinc, and sulfate. All these toxic metals concentrate in the pit. The concentration of copper ranges from 73 ppm at the top of the pit to 137 ppm at the bottom and iron is from 507 ppm to 803 ppm. 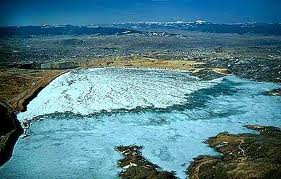 The area around the mines is littered with tailings or waste material left over after processing the mined ore. The tailings that still contain metals that could not be mined out are located in ponds near the Berkeley pit. From here, the toxic water makes its way into Silver Bow Creek (which runs through Butte) by seeping through with groundwater and over the surface in storm water runoff. Silver Bow Creek empties into the Clark Fork River where contaminated water flows all the way to Missoula.

Uptake into the Biosphere

Plants, animals, and humans can be exposed to the metals from coming in contact with or ingesting effected soil, surface water, or groundwater, or inhaling contaminated air. Migratory birds land in the Berkeley Pit every year but usually do not stay long enough to be harmed. Sometimes this contact can kill the birds though. In 1995 a flock of snow geese landed in the pit and later 342 were found dead. Fish can be killed by accumulating metals from river sediment.

Humans can also be exposed to the metals through the food chain. For example, a person could eat a fish that consumed a worm from contaminated soil. People are safe to drink water in Butte because none of the contaminated streams are sources of drinking water. Well water is not toxic because the Berkeley pit is a terminal sink so it is the lowest point in the water table in the area and all the groundwater flows towards it. 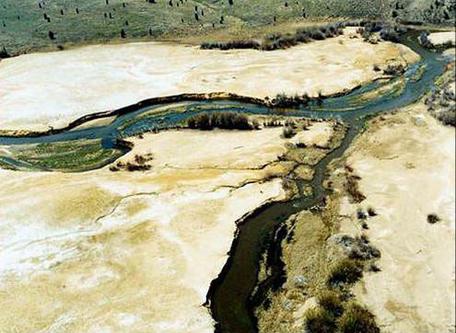 In Butte's peak mining days, many miners would get silicosis or "miners consumption" from inhaling silica particles. Today people can still be affected by exposure to the heavy metals. To much copper, cobalt, and arsenic can cause inflammatory diseases and cardiac functional disorders. Arsenic can also cause skin, lung, and bladder cancer and atherosclerosis (hardening of the arteries). Ingestion of cadmium can increase the risk for prostate cancer, kidney disease, and bone disorders. Concentration of lead in the water could pose a risk for lead poisoning.

In 1983 the EPA made Silver Bow Creek the largest Superfund site in the America. It is ranked 20th on the list of priority of over 1,200 sites in the nation. There have been many remediation efforts taken to ensure that the groundwater is clean including a water treatment facility built in 1997. A drain was installed that pumps groundwater to the facility. There it is treated to aquatic life standards and put back into Silver Bow Creek. Storm water channels have been built to direct water into the Berkeley Pit to reduce contaminated runoff. 25 new wells have recently been installed to collect data to learn more about the movemnt of groundwater in the area.

Today there is a debate about whether to remove the tailings or not. The EPA wants to leave them because even if they were removed, the ground water would still need to be treated, but state funded studies support the argument for removing them because it would make the groundwater clean after about 100 years.

To learn more about the cleanup process, go to the EPA website for the Silver Bow Creek Superfund Program and the Atlantic Richfield Company's Butte cleanup data site.

Go to Pitwatch to track the rising water level in the Berkeley Pit.

For more information on Silver Bow Creek and to download the latest update on it's clean up and restoration from the Montana Department of Environmental Quality, go to Citizens Technical Environmental Committee Butte, Montana.