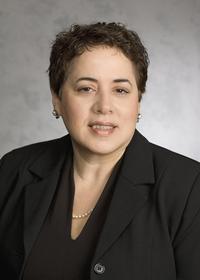 Use of Structured Academic Controversy as a means to distinguish between potential influence of students' religious beliefs in their openness to the concept of evolution.

I have implemented this strategy into my classroom for the past 5 years, and have a related publication.
Khourey-Bowers, C. (2006). Structured Academic Controversy: A Peaceful approach to controversial issues. The American Biology Teacher 68(5). (Online publication only at: http://www.nabt.org/sites/S1/File/pdf/068-05-0008.pdf )

Essay: Teaching evolution to all the Marys

One fundamental topic in the discipline of biology is the process of evolution. In my early days of teaching, I would preface the brief unit on evolution by telling my high school sophomores, "Evolution is something you need to know, but don't need to believe." I taught the concept in a straightforward, discipline-focused way.

My ideas about teaching evolution to students started to expand when I began teaching at in a teacher preparation program. One of my students, Mary, was a devout Mennonite. She was also intellectually curious, hard-working, outspoken, and had a great sense of humor. Mary would frequently come in my office during office hours (imagine that!) just to chat with me about science education and the middle childhood program. During one of our conversations, Mary brought up the issue of teaching evolution. In our frank conversation, Mary told me that her religious beliefs were inconsistent with "believing in" evolution. Appreciating her frankness, I responded in kind, telling her that if she intended to teach in a public school, it was her ethical obligation to teach evolution as a scientific principle. I also informed her that even in some religious-affiliated high schools, the teaching of evolution (for knowing, not believing) was expected. Mary agreed that she could and would teach evolution in a public school setting.

Some of my students had very defined religious beliefs, some had none, either by choice or by chance. But whatever their belief systems were, my choices in how and what I taught in my science classroom were also guided by the principles of science, my interpretation of those principles, and my values as a person and as a teacher. How could I best serve the needs of my students, as a community of learners, to engage in scientific thinking? I felt the need to demonstrate recognition and respect for each Mary that I would have in class, yet at the same time promote unequivocally the importance of teaching science, not religion, in science class.

The Structured Academic Controversy unit was born! Use of this constructivist strategy avoided potential areas of conflict by focusing on learning goals to create a positive learning experience. The learning goals promoted teaching of evolution without: a) requiring students to take a dualistic stance; b) straining classroom interactions between students with diverse views; or 3) marginalizing students whose personal beliefs were diverse from the majority.

See more Participants and their Essays »