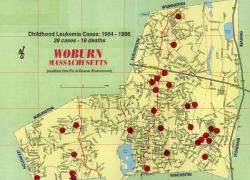 The maps and graphs in this collection are for general use and for use by students involved in performing a mock trial. As is, the maps and graphs can serve as trial exhibits or can be digitally modified to create new exhibits.