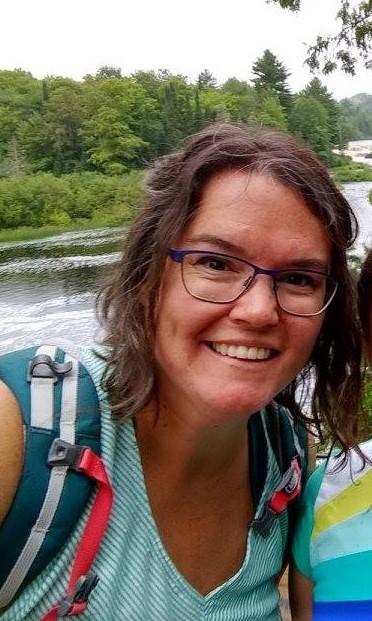 This course is an upper division course taken by biology majors and occasionally environmental science majors. Most of the biology students have not had any type of earth science or ecology course prior to taking my course.

Hide
An overview of nutrient movement through ecosystems, including carbon, nitrogen, phosphorus, and sulfur. Topics include weathering, biological redox processes, trace gas fluxes, controls on atmospheric gases, and how human activities are altering these processes. This course takes a holistic approach to understanding how nutrient transformations occur in soils, plants, oceans, and the atmosphere. The integrative nature of nutrient transformations requires the application of quantitative reasoning and tools from a variety of scientific disciplines, such as chemistry, physics, and math as listed in Skills C and D. We will focus extensively on the themes of systems and energy/matter transformations.

Hide
-Explain how nutrient cycles (C, N, and P) are different from one another

I was teaching my upper level nutrient transformation course for the second time when I started to add in Integrate modules. The first time I taught the course it was lecture heavy with some activities interspersed. The Integrate modules had several in and out of class activities that related to topics that I already wanted to cover in my course.

My students very much enjoyed the in-class activities and I thought the homework assignments reinforced the topics well. It was great hearing the buzz of students talking in class about the topic during activities. Students recognized the reinforcement of certain concepts throughout the course and mentioned that they hadn't experienced that often in other courses but appreciated the opportunity to apply their knowledge in new systems.

Students came away from the course having a greater understanding and appreciation for topics that impact their lives today and in the future.

I used a portion of the units from the "Earth's Thermostat" module to have students focus on the amount of energy that Earth receives and how that changes. I didn't use the units in sequential order, instead I started with Unit 4 on the first day of class. We then worked back to energy flows and used what we learned from Earth and applied it to other planets. I used a portion of the units from "A Growing Concern" module that highlighted how soils and soil properties differ across the United States and the impact of erosion. I modified the initial "What is soil" assignment to include a reading from Jenny's "Factor of soil formation" and the "How Full is Full" porosity exercise to explore other soils. I used part of a "Climate of Change" module focusing on climate variability and anomalous behavior, El Nino and La Nina. I didn't change any of the assignments or lecture but only used some of the module. For the "Ocean sustainability" module I used the lectures from units 1-3 to reinforce the importance of the ocean in carbon cycling and its ability to store carbon. There was not change in the assignments.

Our semesters are 13 weeks. The Earth's Thermostat module was used in the first two weeks when the students had no prior knowledge other than what they came in with from other courses. We then moved to talking about other planet's energy balance and that allowed us to also talk about weathering which segued us into soils. A growing concern module was used during week 4 and 5 of the course. During week 6 we used the idea of erosion to also bring up movement of N and P from agricultural systems to the oceans which got us to ocean sustainability for week 7 and part of 8. Since we were already talking about oceans we continued on with the Climate of Change module for weeks 9, 10.


On the first day of class I introduced energy maps from Earth's thermostat module and students started working on the radiation budgets in unit 4. Each pair of students was given a specific longitude to assess for either January shortwave (in and out) or January longwave (in and out) and then reported out to the class their findings. The students used the handout in unit 4 to guide them. On the second day of class they looked for trends and we talked about shortwave, longwave, and albedo using the data from those maps. Students were assigned a modified version of homework from unit 1 mostly to see if they understood the concepts from class. We continued on with the information from unit 2 and 3, energy flow and the influence of greenhouse gases. I also incorporated bits and pieces of the Systems Thinking module, mainly from unit 2 and 3, so they could think about these different components of Earth and how positive and negative feedbacks could be influencing systems. I used the Earth's thermostat Unit 3 handout during class as we went through positive and negative feedbacks. After this lecture I had them read the Integrate reading suggested about positive and negative feedbacks since they were still having a hard time with the concept. In addition they had a modified systems feedback assignment. We then moved from Earth's system to other planet's energy budget (Mars and Venus).


We started off soils by talking about weathering and I had them read part of Jenny's book "Factors of Soil formation" to answer questions on a modified "What is soil?" assignment. We did the " How full is full" soil lab during 2 lecture periods. I collected soils from different systems (grassland, forest, compact with no vegetation, soil on campus with grass) and had each group measure the porosity and permeability for two of the soils this way we had replicate data. We then had a discussion about why the soils may have been different since they came from similar parent material. For unit 3 I used the think-pair-share erosion activity and the geospatial erosion examination slides. I created a handout for them to work out the erosion math on during class. I ended also having them do some of the calculations for homework because it took longer for them to do the math than I anticipated. Following this activity the students completed the unit 2 post activity homework about soil management. To finish off the unit each student was assigned one of the RUSLE factor readings from unit 5 and answered the associated questions. In class they grouped up by RUSLE factor and the students went through their answers to highlight the important information about their factor and presented it to the class. As a final assignment each student did the unit 5 follow up homework.

The ocean sustainability module was used as a segue from soils to the importance of oceans on climate. We had just finished soil, erosion, and soil management practices so it seemed natural to talk about runoff and the impact it can have on oceans. We started with carbon, nitrogen and phosphorus cycles, runoff and exploration of the size of the deadzone. Students read some popular articles about the deadzones in other places and answered question. During class time they looked at NOAA data on the internet about the size of past deadzones and then collected data on variables that could be used to predict deadzones and performed regression analyses to see how well those variable predicted the deadzone. Following the deadzone I brought up the concept of ocean fertilization as a way to mitigate climate change, trying to get them to think about "is the addition of nutrients to the ocean always harmful". The students used two papers in class to assess the benefits and drawbacks of ocean fertilization.

Now that we were in the oceans I used the climate of change module. I stuck closely to the modules at this point because these were new topics for this course, using Climate of Change units 1-3. I used the climate forecasting reading in unit 1 as homework and followed with a gallery walk in class. I used Case 2.1: Climate variability in the equatorial pacific in class. Each pair of students assessed one of the variables (temperature, precipitation, pressure, wind direction) and then presented out to the class their findings. Students filled in the table at the end during presentations and we had a class discussion of the results. Case 2.2 Climate variability in the north Atlantic was assigned as homework. I also used Case study 3.1 and 3.2 as in class activities.

I used a combination of summative and formative assessments throughout the semester. Most of the in class activities were used as formative assessment and often took longer than I anticipated. Since we do not have a geoscience major the types of diagrams/maps used were new to students and they needed to spend some time orienting themselves to the figures. At the end of several lectures I also had an "exit question" focusing mostly on retrieval. There were also some out of class formative assessments. The first assignment, a modified version of Earth's thermostat unit 1 solar irradiance and temperature, was strictly used so I could get a handle on how students were understanding the concepts. I collected the assignment and made comments but students received credit. Students also wrote weekly summaries where they needed to explain the material we had covered that week and write about anything that was still unclear. These reflective summaries were helpful to both the students and myself.

In terms of summative assessment the students had typical assessments, quizzes, assignments, and exams. Students had quizzes and exams throughout the semester, often those questions came from the assessment questions in the modules online. I also used several of the module assignments as out of class homework (Systems feedback assignment, Climate of Change Case 2.2 Variability in North Atlantic Oscillation).

This is the second time I've taught this course and I had two main goals, one for myself and one for the students. The goal for myself was to include more active learning and quantitative components to the course. The Integrate modules have a lot of great activities that I was able to use in and out of the classroom with my students to introduce and reinforce concepts. There were some activities that required quantitative skills which did stretch my students.

The second goal was listed on my syllabus, "for students to describe a more holistic view of nutrient cycles and by using modules that covered the atmosphere, lithosphere, and hydrosphere students were able to describe the complexities of Earth," and I definitely think this was accomplished. Ultimately I think all of our courses try to build knowledge but sometimes students don't see that. Students view topics in our courses as "one and done" but not here, the Integrate module allowed them to scaffold and build off of previous knowledge so they could appreciate the complexities of the Earth system.