This information was compiled in 2013 by Karin Kirk, SERC, informed by the Geoscience Workforce in the 21st Century workshop

Jump down to: Oil and Gas | Mining | Nuclear Energy | References

The following sections are derived from The National Academy of Science's 2013 report, Emerging Workforce Trends in the U.S. Energy and Mining Industries: A Call to Action , which describes the employment outlook in the traditional energy sector. 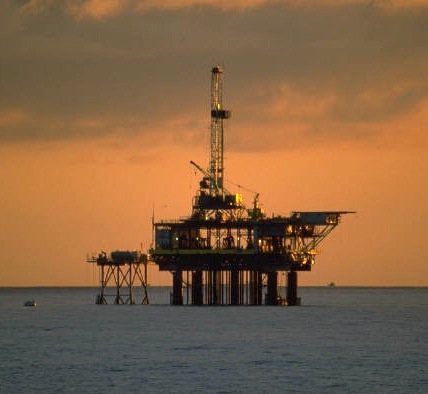 Provenance: Image from Microsoft Image Galleries.
Reuse: If you wish to use this item outside this site in ways that exceed fair use (see http://fairuse.stanford.edu/) you must seek permission from its creator.
The US oil and gas industry is a major employer of geoscientists, engineers and other professionals. Bureau of Labor Statistics data show that in 2010 this sector employed 817,498 people across many different job types. Occupations for geoscientists are concentrated in the exploration and production sector of the industry. This "upstream" portion of the industry employed 494,201 people in 2010.

Salaries for petroleum engineers and petroleum geoscientists are high, with a starting salary for a petroleum geoscientist of $98,700 in 2012, with salaries strongly increasing with additional years of experience. US oil production is enjoying a resurgence due to several factors, notably strong demand, high prices, and deployment of new extraction technologies.

Horizontal drilling and hydraulic fracturing technologies are driving a boom in US oil and gas production and a corresponding uptick in jobs. The Bakken Shale in North Dakota and Montana, the Eagle Ford Shale in Texas and the Marcellus Shale in Pennsylvania and New York are well-known examples of new oil and gas developments that are increasing US production and spurring hiring. In North Dakota alone, an estimated 7,000 to 10,000 workers will be needed for development of the Bakken Shale. Bureau of Labor Statistics employment projections indicate an increasing demand for workers in oil and gas extraction over the next 20 years, with 158,900 jobs in 2010 and 182,100 jobs in 2020. (NAS, 2013 )

The shortfall in employees due to the upcoming retirement bubble is expected to be particularly acute in the oil and gas industries. The National Academy of Sciences report calls for an "urgent need" to attract young workers, women, minorities and non-traditional students into the energy workforce. Part of this effort includes retaining faculty to provide the needed training, and increasing funding (from both industry and government sources) for academic research to attract both students and faculty, as well as to drive innovation in the industry. 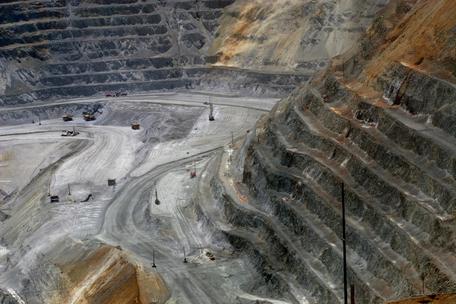 ×
Mining operations in the open pit copper mine at Bingham Canyon, Utah

Provenance: By arbyreed, http://www.flickr.com/photos/19779889@N00/3746214349/
Reuse: This item is offered under a Creative Commons Attribution-NonCommercial-ShareAlike license http://creativecommons.org/licenses/by-nc-sa/3.0/ You may reuse this item for non-commercial purposes as long as you provide attribution and offer any derivative works under a similar license.
The US mining workforce employed 392,719 workers in 2008, according to data reported by the Mining Safety and Health Administration. Employment numbers have declined since 1983 across all types of mining (metal, non-metal, coal, stone, and sand/gravel) and the US is increasingly reliant on imported metals and minerals. Over the past 5 years, only coal mining has experienced an increase in the workforce, with 8,000 jobs added between 2005 and 2010. Nonetheless, the mining industry is a major employer and a significant part of the US economy.

The outlook for hiring reflects a balance between increasing demand for metals, minerals and building materials with a stabilization of prices in the long term. The anticipated retirement of older workers will increase hiring. Projected employment for each mining sector from 2010 to 2020 is shown below.

The coal mining workforce is anticipated to decline until 2010 and then increase through 2035. This parallels a similar trend in projected coal mine output.

All told, the mining industry is expected to sustain modest growth. Because the industry has generally declined over the past 30 years, there is a reduced capacity to train mining professionals within the higher education system. It may be difficult to attract sufficient workforce due to the challenging physical environments and remote locations of some mines. Moreover, the environmental legacy of some mines may dissuade those with advanced degrees from pursuing a career in mining. Salaries in the mining sector are relatively high, but are lower than those in the oil and gas industry. The mean annual salary for a mining or geological engineer was $84,110 in 2011, while a starting salary for a petroleum geoscientist was $98,700 in 2012. While mining remains an essential sector of the economy, the US mining industry faces challenges in attracting a steady supply of trained workers (NAS, 2013 ). 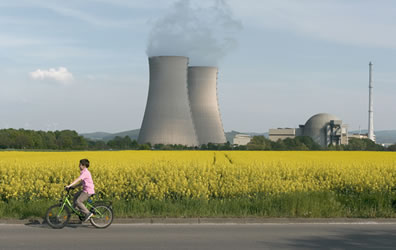 Provenance: image from Microsoft clip art
Reuse: If you wish to use this item outside this site in ways that exceed fair use (see http://fairuse.stanford.edu/) you must seek permission from its creator.
The nuclear energy sector employed 56,778 people according to 2011 data from the Bureau of Labor Statistics. The number of operating power plants in the US has declined slightly since 1990 and no new plants have been built since 1978. However, for the first time in 30 years, new nuclear power plants are being constructed. Nuclear energy may be poised for a resurgence of carbon-free energy, or it may be out-competed by cheaper natural gas. Thus, employment projections are uncertain.

Employment in the nuclear energy industry spans fuel enrichment; construction, operation and maintenance of power plants; decommissioning; and waste transportation and disposal. Job requirements throughout the industry demand strong skills in applied mathematics and applied science, even for blue collar jobs requiring only a high school degree. Most employees in the nuclear industry are required to be US citizens, which places emphasis on producing sufficient qualified employees within the US. In order to help prepare the workforce, the nuclear energy industry has created a comprehensive program to train new workers. This program supports nuclear engineering programs at the university level and is developing a uniform curriculum program to bring a standardized curriculum to 2-year colleges (NAS, 2013 ).

Emerging Workforce Trends in the U.S. Energy and Mining Industries: A Call to Action (2013), by the National Academy of Science, Board on Earth Sciences and Resources. Findings and Recommendations (pdf) of this report.

Federal Support for US Mining Schools (pdf), by the Society for Mining, Metallurgy and Exploration, Inc., March 2013