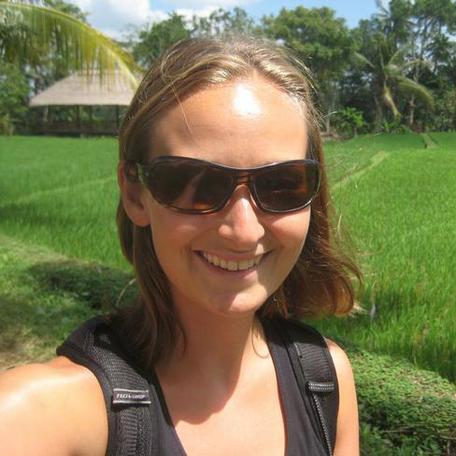 Provenance: Becca Walker (Mt San Antonio College)
Reuse: This item is offered under a Creative Commons Attribution-NonCommercial-ShareAlike license http://creativecommons.org/licenses/by-nc-sa/3.0/ You may reuse this item for non-commercial purposes as long as you provide attribution and offer any derivative works under a similar license.

We meet twice per week for 3 hours. The class is an integrated lecture/lab.

Hide
Minerals, rocks, earthquakes, volcanoes, and landscapes are presented within a framework of plate tectonics operating in concert with atmospheric and oceanic processes. A required course for students entering geoscience majors. May be taken by non-majors as a transferable physical science plus lab. Required field trips may involve overnight camping.

Hide
1) Think critically and solve problems without being told the answer. 2) Describe basic Earth processes to someone without a science background and explain how Earth processes influence the formation and distribution of minerals, rocks, earthquakes, volcanoes, oceans, continents, and landscapes.
3) Understand how Southern California's tectonic setting and geographic location impact its climate, economy, natural hazards, and the lives of its residents.
4) Investigate geologic phenomena on a variety of spatial (size) and temporal (time) scales.
5) Interpret data including graphs, maps, photos, and rock/mineral samples.
6) Become more educated about how your actions impact the environment.
7) Be aware of the amount of work and performance level necessary at a four-year school.
8) Understand the concept of accountability as it applies to success in higher education.

I teach a physical geology class with a diverse group of students with respect to academic background and major. We spend the majority of the semester working with rock and mineral identification, maps, and tectonics, but I wanted to incorporate more of a societal component into this particular course. The surface processes hazards module gave me the opportunity to help students consider the intersection between geologic phenomena and humans.

My students seemed to enjoy working with such a variety of maps and study areas. The collaborative nature of identifying landscape features and ranking areas' mass wasting susceptibility was a great opportunity for interaction, debate, and synthesis of a variety of data sets. They were quite engaged as they put their maps together for the Boulder Creek case study (Unit 5). The incorporation of human modification of the landscape and the implications for mass wasting vulnerability got them thinking about their own neighborhoods in southern California.

The module provided the opportunity to "read a landscape" and think qualitatively and quantitatively about why some areas are more prone to mass wasting than others. The decision-making necessary to complete some of the module activities gave students a sense of ownership of their products.

Due to time constraints, I spent significantly less time on Unit 4 than I planned. Since I assigned Unit 5 as a final project, I did not offer any class time to complete Unit 5.

I piloted the module during a 16-week semester during the last 2 weeks of the semester. Earlier in the semester, students had worked with topographic map reading and interpretation but had never looked at any of the other types of maps utilized in the surface processes module.

I used the majority of the formative and summative assessments offered in the Surface Process Hazards module during pilot testing. Some assessments were graded, while others were assessed informally to help me understand where student understanding was lacking. Here is an overview of what I did:

Using the Surface Process Hazards module in my physical geology class was an effective way of infusing geodetic and geomorphic concepts into the curriculum, gave my students an opportunity to look more closely at landscape features than they had in the past, and provided a nice refresher of concepts related to topographic maps that they had studied earlier in the semester but had perhaps forgotten about. The continued emphasis of mass wasting's impact on society and the role of both environmental and built characteristics of landscapes on mass wasting potential was particularly interesting to students. The opportunity for students to investigate a variety of study areas and using the same types of data sets repeatedly increased their comfort with using topographic maps, hillshade maps, and aerial imagery. They seemed to enjoy the opportunity to discuss their interpretations with their colleagues, especially for the quantitative components of the module, and being given the opportunity to make choices as they worked on the module (examples: ranking particular areas as high/medium/low mass wasting susceptibility; choosing study areas on which to work). Despite their work on Units 1-4, I noticed that some students in creating their Unit 5 maps struggled to provide multiple lines of evidence to justify ranking a particular area in the study area as one of high, medium, or low mass wasting susceptibility. This was similar to what I observed during the landscape scavenger hunt in Unit 2, when students had a hard time taking multiple data sets into consideration at a time for a particular study area. In addition, I found that many students in creating their Unit 5 reports did not adequately address the role of society in mass wasting susceptibility or the impact of mass wasting events on society. These observations indicate the importance of giving students multiple opportunities to practice using multiple lines of evidence to support their conclusions and incorporating more writing and critical analysis of humans and the environment into geoscience curricula. I am looking forward to using what I have learned through pilot testing of the Surface Process Hazards module and continue using it effectively in my courses.