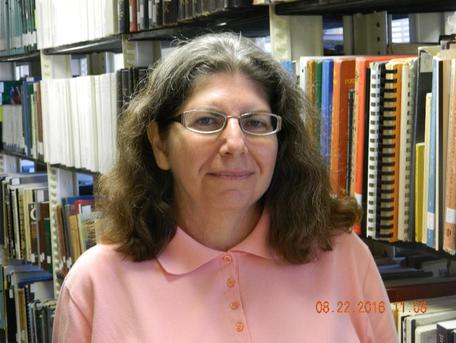 Provenance: Risa Madoff, University of North Dakota-Main Campus
Reuse: If you wish to use this item outside this site in ways that exceed fair use (see http://fairuse.stanford.edu/) you must seek permission from its creator.

An introductory first course in Geology, open to majors and non-majors, serving as a Math-Science-Technology Essential Studies (General Education) unit and a first course required for all Geology majors.

Hide
Introduction to the dynamics of Earth – volcanoes, earthquakes, plate tectonics, streams, groundwater, glaciers, waves, wind, and landslides, with emphasis on the environmental applications of these processes. Introduction to the tools of the geologist – minerals, rocks, maps, and aerial photographs.

Hide
The lecture course is required for all Geology majors. For non-majors, it serves as one of many possible General Education requirements for the Math-Science-Technology unit in Essential Studies. As the content portion of the unit, topics include the ones given in the catalogue description and are intended to prepare majors for more advanced courses and to provide a survey breadth of the field for those considering the major. Learning goals include comprehension of fundamental physical concepts central to an understanding of the traditional topics for a survey introductory to Geology. The one credit lab is taught separately, yet complements the lecture course, and it also is required for the major. Learning goals are regularly assessed by a university committee on "Essential Studies" that decides whether it is meeting certain criteria for thinking and reasoning and breadth of knowledge.

A Success Story in Advancing Science Learning at a Public University

The highlight of the module was that students experienced the building on previously learned concepts and skills. They were forced to make connections in order to progress through the following unit. Watching this happen in action, over the short period of time given by the abbreviated term, was particularly interesting.

The value of the module turned out to be more about the students learning how to approach problems and challenges. They learned to ask relevant questions and even had a short time of collaboration when preparing for the final unit.

The activities in the module were not modified, except that units 3-5 were given as homework, as class time had run out.

This particular session was an accelerated 6-week summer term. The module began at the end of the 4th week and ran through the 5th week. Before the module was implemented, the topics of Earth as a planet, plate tectonics, minerals, and igneous, sedimentary, and metamorphic rocks, and structures were introduced. The module was referenced during presentation of rivers and streams and glaciers when relating to topographic patterns resulting from those processes and how they appear on topographic maps. Explaining the flow behavior of mountain glaciers referenced some of the physics that was used to explain mass wasting.

The first 4 units were used as part of the participation in class activities percentage of the students' grade. All had taken the full time given in class to work through the presented unit and all had turned in completed homework assignments. Completion of the summative assessment was incorporated into their final exam grade. The students felt uncertain about exactly how points were being added or subtracted and how it would affect their grades. With this group, the uncertainty motivated them to do their best at completing the assignments. Future modifications, particularly for sections of 30 or more, would include reducing and simplifying the exercises and distributing similar exercises throughout the course content and having students take them as quizzes or for homework. In this way, they would receive some basic exposure to reasoning through what is hopefully a simpler problem that would allow them to experience success more independently.

I had hoped students would experience scientific thinking as it is applied to geology, something which is missed when multiple choice questions are administered. On the one hand, they did experience what I had hoped for. They were actively engaged with Earth science data, and they know that they had learned a lot that was not just abstracted and detached information. Yet, they grew reluctant to incorporate the components of what they were learning, even though they expressed an awareness of what was going on in the unit exercises. As far as learning science is concerned, students come in with strong preconceptions and attitudes about science and their relation to it, much of which may be acquired through cultural messages. Their negative or uninformed dispositions toward reasoning as it relates to science are not easily dispelled, even with group discussions and examples of scientists expressing the excitement and enthusiasm for the wonder. This should warrant a need to integrate more such modules into a department's curriculum as well as into a university's general education program, even if students express resistance during isolated attempts in experimental courses.