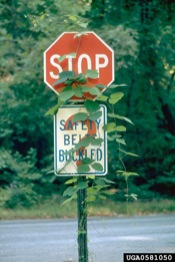 Invasive species are defined as non-native, aggressive, and generally harmful to native wildlife and habitat. They are characterized by their ability to spread rapidly, lack of natural controls or predators, and ability to persist. They are a global problem that includes all types of biological invaders, not just plants. Invasive species spread easily due to today's global commerce and travel. 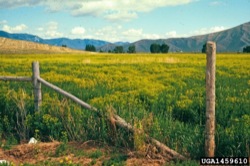 Scientists at NASA, USGS, and other national agencies are now working on ways to leverage satellite imagery to monitor the invasions of several of the most worrisome plant invaders including; Tallow, Leafy Spurge and Tamarix. These interagency teams use remote sensing data from the MODIS sensor on NASA's Terra and Aqua satellites. Different vegetation types such as grass, leaves, flowers, and stems all have different spectral signatures. The satellite sensors can even detect phenology or seasonal stages of life, such as leaf out, bloom and dormancy. By comparing the spectral images taken by satellites with ground-based measurements, scientists are able to calibrate their sensors to a high level of agreement. The images allow scientists to detect changes in vegetative structure indicating an invasion of a non-native species. Satellites have the advantage over ground-based measurements in that they are able to cover large ranges with high frequency, giving managers the advantage of being able to monitor and predict invasions before they become established.