Part A: What Stories Do Sediment Cores Tell?

The mystery begins at drilling site U1417 in the Gulf of Alaska on June 4, 2013. After a 1,038 nautical mile transit from Victoria, British Columbia the JOIDES Resolution arrived at its first drilling site at 11:00 am. It's over 4 km (~2.5 miles) from the ship to the seafloor, making U1417 the deepest site of Expedition 341. Over the next 18 days the JOIDES Resolution will drill into the ocean floor at this deep water site, examining sediments that have traveled from a depth of ~700 meters (nearly 1 km!) below the seafloor.

Get ready, you are about to embark on a scientific adventure! 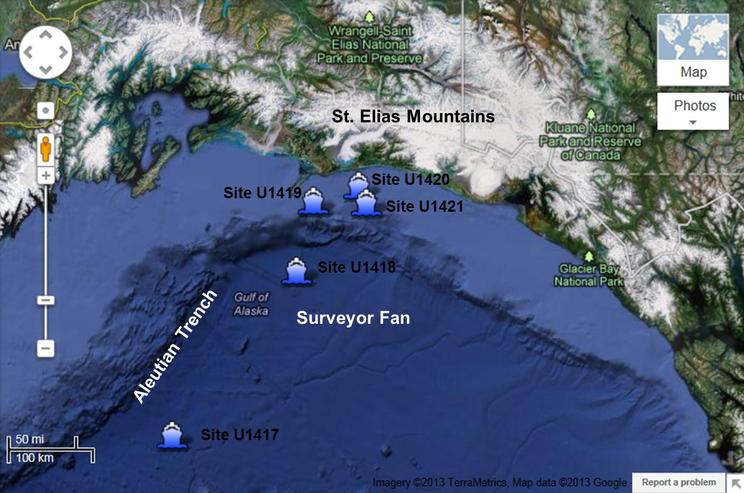 ×
Site U1417 is the furthest from land and the deepest site drilled during Expedition 341. Source: IODP

×
The sediment core you will be analyzing is a section that was 262 to 360 meters below the sea floor. The black and white sections represent different types of sediment layers. Source: TERC/Lenni Armstrong

Make a prediction of the types of sediments you might encounter on the seafloor at site U1417. Consider the following, and discuss your ideas with your team and answer the following questions:

Scientists in the core description lab work hard to describe the lithology the mineralogy, grain size, texture, and other physical properties of granular soil, sediment, or rock. of cores to help determine the environment in which the sediments or rocks formed. Lithology refers to any physical characteristic of rocks and sediments, and includes grain size, presence of fossils or trace fossils, sedimentary structures, mineral composition, and color. 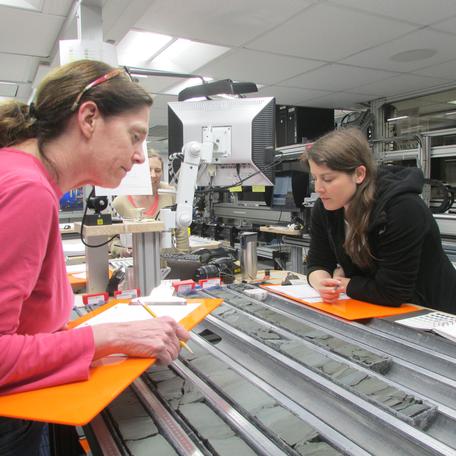 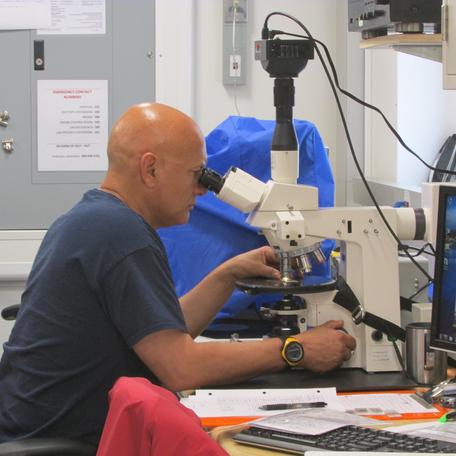 Sometimes tools more powerful than our eyes are required to characterize sediments. Scientists in the core description lab prepare microscope slides, i.e. smear slides, to aid in the identification and determination of the abundance of minerals, types of sediments (volcanic ash vs. clastic sedimentary grains), and microfossils present in the sediment cores.

Smear slides a sample of sediment prepared by taking a small amount of it with a toothpick and mixing it with a few drops of distilled water before it is spread on a glass slide for observation. are prepared by taking a sample of the sediment with a toothpick, mixing the sediment sample with a few drops of distilled water on a glass slide, and heating the microscope slide on a hotplate. In the following video Exp. 341 sedimentologist, Ellen Cowan, prepares smear slides for microscope analysis and discusses and compares her observations with other members of the sedimentology team. Watch the video then answer the questions below. 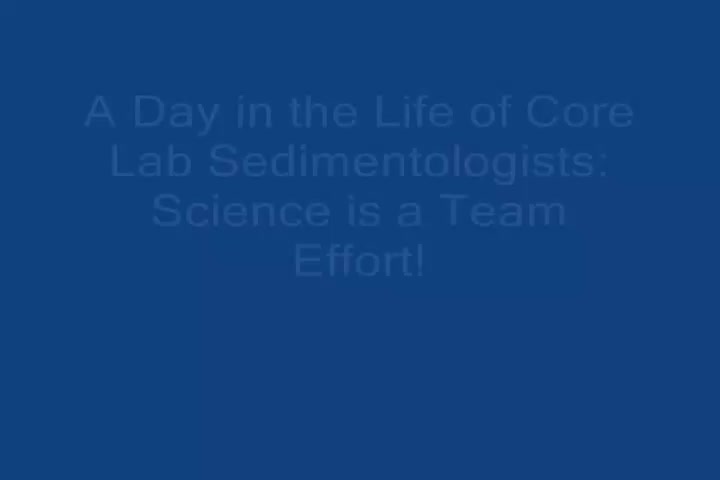 Hide
A video of scientists working in the core lab. Alison Mote Download A video of Ellen Cowan in the lab. (MP4 Video 39.5MB) Details 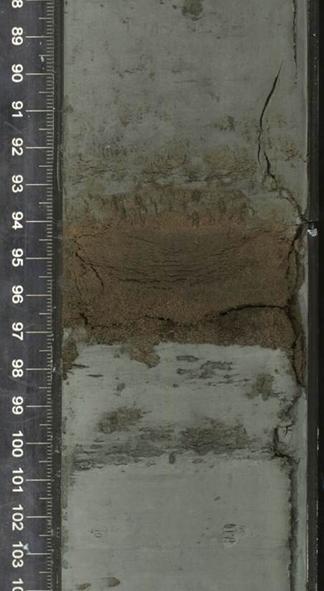 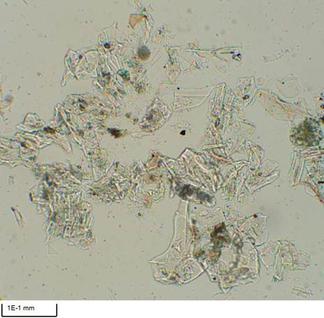 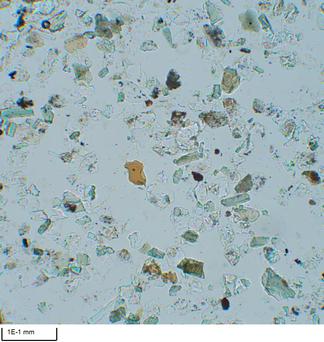 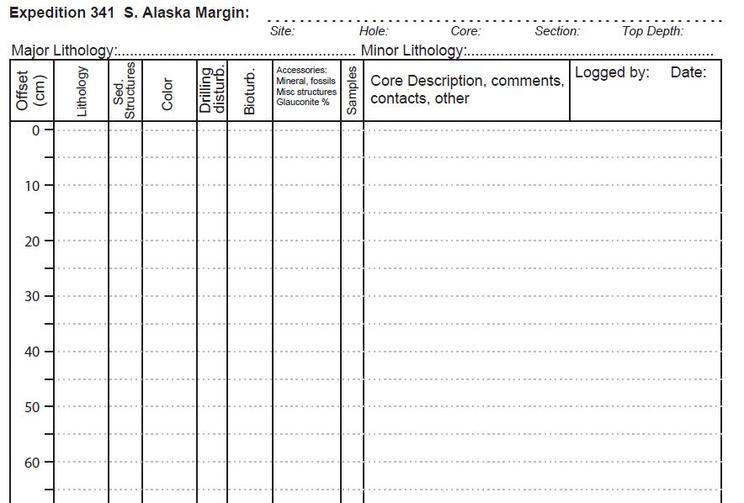 ×
Sedimentologists make detailed notes to describe the sediment cores on "barrel sheets" (shown above), noting the location of interesting features within the cores. Source: IODP

1. Obtain the Sedimentary Features Table from your instructor or download it here. (Acrobat (PDF) 59kB Nov3 21)

2. Examine the Core Description Glossary (Acrobat (PDF) 1.8MB Nov4 21) for some examples of sedimentary features recorded in Exp. 341 cores and to test your Earth history sleuthing skills. Keep track of your observations in your notebook or on the table provided by your instructor.

3. After you have examined the glossary, answer the questions below.

3. Diatoms thrive when there is an ample amount of nutrients and sunlight available. When would you expect to find more favorable nutrient & sunlight conditions in the upper ocean, during periods of glacial advance or retreat? Explain.