(Geologic) Timing is Everything!

The words slide off the tongue—Earth was formed from a cloud of hot gas and dust 4.6 billion years ago. But how long is that? One of the most difficult things for the human brain to comprehend is the scope of geologic time because it is impossible to visualize the magnitude of numbers like a million or billion.

Sediments are continually deposited by streams and rivers into both large and small bodies of water. The science of examining and analyzing layers of sediment and sedimentary rock is called stratigraphy a branch of geology which treats the formation, composition, sequence and correlation of the layered rocks as parts of the Earth's crust.. In almost all cases, the layer on the top of a series of strata is the youngest and the ones underneath are progressively older. So, geologists can establish the relative age of the layers by inspection. But how can we determine exactly how long ago each layer was deposited? 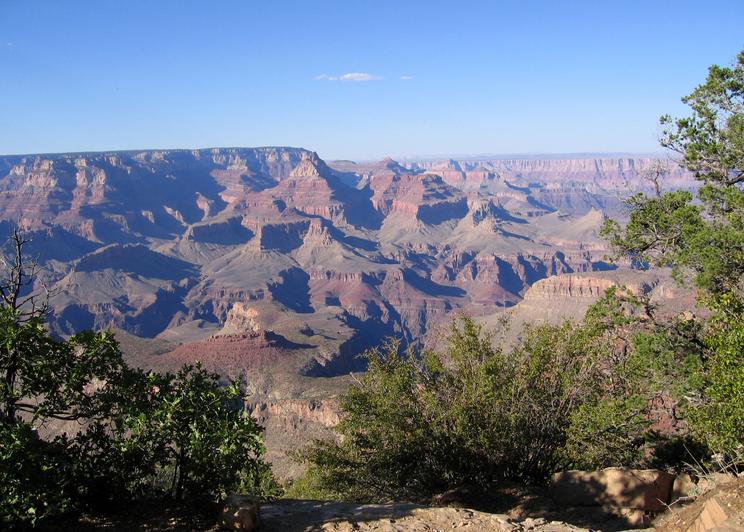 ×
One of the most dramatic and complete rock layer records can be found in the Grand Canyon in Arizona. In the Grand Canyon, there are 40 distinct layers, ranging in age from 200 million to 2 billion years old. Source: Wikipedia Images/Selbst Gemacht

Watch the following video. Exp. 341 paleontologists a geologist who researches geological periods through the study of fossils. Dr. Maureen Davies and Dr. Christena Belanger explain how they use microfossils and paleomagnetism the fixed orientation of a rock's crystals, based on the Earth's magnetic field at the time of the rock's formation, that remains constant even when the magnetic field changes over time. of sediments to determine the ages of sediment cores.

1. How do scientists use the paleomagnetic record to determine the ages of sediment cores?

2. What is an index fossil, and how are index fossils used to help determine the ages of sediments?

In Part A this activity, you will investigate the scope of geologic time by creating a timeline that marks major geologic and biological events over the 4.6 billion year existence of planet Earth. In Part B, you will make another timeline that encompasses the 23 million year span of time that the IODP expedition will focus on in terms of sedimentation and climate change.