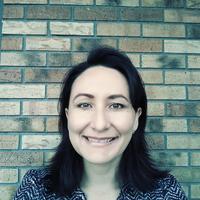 Silvia Jessica Mostacedo Marasovic, The University of Texas at Arlington

Cory Forbes, The University of Texas at Arlington
The Food-Energy-Water (FEW) Nexus is a framework that foregrounds food, energy, and water security, while responding to increasing human and natural pressures brought about by population growth and economic development, as well as climate change. Decision-making around the FEW-Nexus occurs at varying levels, engaging multiple stakeholders from different disciplines. Students, particularly in undergraduate education, should learn about and develop skills to understand, analyze, and make effective, science-informed decisions about complex, real-world challenges in the FEW-Nexus. Within this context we developed, implemented, and analyzed the results of a comprehensive curriculum and its instructional resources to engage undergraduate students in case-based decision-making about the FEW Nexus using a data visualization tool called Hydroviz. The purpose of this study is to evaluate i) to what extent is a decision-making task supporting students' problem-solving outcomes about a FEW Nexus issue? and ii) what areas in the decision-making process were students able to engage in most-effectively? The study is based on a mixed-methods approach, where we analyzed the results from a four-part data analysis and structured decision-making task; pre-tests related to conceptual knowledge of water, the FEW Nexus, and decision making; and students' interviews from (N = 99) students. We used a non-parametric Friedman test to compare between each component of the decision-making task. To evaluate students' overall decision-making outcome, we used: i) ANOVA and t-tests to evaluate differences between academic years, programs, and gender, and ii) correlations with the pre-tests. Overall, results suggest that students may need additional support to frame the decision-making problem. Qualitative results indicate that students with higher scores were better able to contextualize using their results from the data analysis when defining the problem identification.