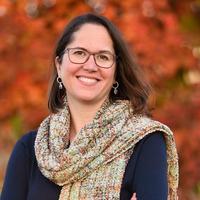 The Building Engagement in Laboratories, Networking, and Peer Groups (BELONG) in STEM project is an NSF-funded Scholarships in STEM (S-STEM) program for high-achieving, low-income students. Our project model includes weekly meetings with peer groups of ten or fewer scholars facilitated by a science graduate student. Scholars meet in a non-academic environment for 1.5 hours each week to build relationships with one another and connect about their life experiences. This program leverages partnerships between a geoscience education researcher (LaDue) and an educational psychologist (Dugas), who trained the graduate students to develop the peer group structure and facilitate the peer groups throughout the year.

Semi-structured interviews of the first cohort of scholars (N=11) in their second year of the program (Spring 2021) revealed how the peer group supported the STEM scholars' sense of belonging. The interviews were coded by two authors and adjudicated by the two other authors to build trustworthiness. Students described their time-commitments to school and work, and the move to virtual peer group meetings as challenges of participating in a peer group. BELONG scholars reported that once they understood that the peer group was a non-academic space, they found it to be a great venue for relieving stress and built-in socialization. Most scholars expressed that participating in the peer group normalized their experience in STEM. They discovered shared values and interests, and learned they had similar struggles to their peers. The connections they built in the group led to friendships beyond the group. With the transition to virtual meetings during the pandemic, scholars did feel connecting became more challenging, but highly valued the relief from their isolation and the opportunity to socialize within their peer groups. Suggestions for how to generate similar non-academic spaces where STEM students can build a sense of belonging will be provided.