A New Ethics Workshop: Addressing Racism and Colonialism in the Geosciences 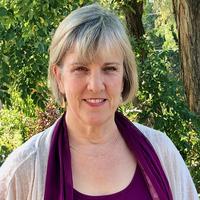 A New Ethics Workshop: Addressing Racism and Colonialism in the Geosciences

Research ethics and misconduct such as data falsification, plagiarism, authorship, and intellectual ownership violations are usually the topics of ethics workshops in geoscience undergraduate research internship programs. Interns are able to see the complexity of situations, the power dynamics involved, and the dilemmas being faced in ethically difficult situations through the use of case studies.

While these are vital to discuss, these topics ignore how Western natural science developed together with European imperialistic expansion, and how scientific thinking has been shaped by this. One succinct description of scientific imperialism is: "the pursuit of power through the pursuit of knowledge" (Tignor, 2008) which was made in reference to the militarized scientific 'exploration' by James Cook in the 19th Century. As Deb Roy (2018) in The Smithsonian Magazine says, "Modern science was effectively built on a system that exploited millions of people. At the same time it helped justify and sustain that exploitation, in ways that hugely influenced how Europeans saw other races and countries. What's more, colonial legacies continue to shape trends in science today."

Some points to consider might include:
1) How was the ideal of "discovery" in pursuit of knowledge used to justify European imperial expansion around the world?
2) How did the Eurocentric concept of the superiority of "man" over nature and the alleged superiority of White people influence the development and current culture of science?
3) When collecting data in the field, do researchers consistently seek permission from the indigenous/international communities that reside on the land?
4) Do Western scientists tend to disregard Traditional Ecological Knowledge or other insights from different cultures as a result of this history?

In our 2021 Geosciences Workshop Series for interns across several REU programs, we developed an 'Ethics in the Geosciences Workshop' that covers the traditional ethics topics, but also shines a light on the dark history of colonialism and racism that underpin Western science. We discussed prominent historical figures such as John Wesley Powell and Captain James Cook. Both men are greatly celebrated in academic/scientific spheres as explorers, cartographers, and scientists. However, their writings included blatant racism towards indigenous people, the dismissal of indigenous knowledge and culture as being primitive and delusional, and for Cook, brutal slaughters around the world. Their values were aligned with Western imperialism, military expansion, and racism.

The workshop included a discussion of examples of 'parachute' or 'helicopter' science, and the colonial undertones of modern day research in the Geosciences. Examples of racism, sexism, and safety in the field were examined through both an interactive lecture and open-dialogue on a virtual platform. We acknowledged the many identities that we bring to science (race, gender, sexual identity, ability, nationality & citizenship, etc.), the relative privilege and power that these different identities may hold, and discussed addressing slurs and slights by using bystander strategies, as well as finding support in affinity groups.

In tandem with this approach of broadening the scope of ethics discussions, it is hoped that intentionally creating safe, inclusive spaces in science for people of various and intersecting identities has the potential to change the ethical framework and social atmosphere in which we do science.