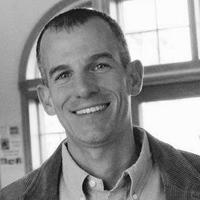 Michael Hubenthal, IRIS Co
Over the last 20 years, the IRIS Undergraduate Internship Program has facilitated opportunities for 216 undergraduates to conduct seismological research and present their results at professional conferences. To measure the program's goal of encouraging more students, representing a more diverse population, to choose careers in Earth science, an outcome evaluation was conducted. Data was collected through an online survey consisting of 21 open and closed-ended items. The response rate for the survey was 87.0%. A supplemental, qualitative study probing the experiences, graduate school decisions, awareness of career possibilities, and perceived barriers of five alumni is currently underway.

Key findings include the following.
- 76.8% of respondents, who had completed their undergraduate degrees and are enrolled as a graduate student or employed fulltime, are doing so in the geosciences.
- Significant differences exist between academic pathways of racial and ethnic groups. For example, 14.5% of underrepresented minority (URM) respondents pursed a PhD directly after their bachelor's degree, compared to 37.2% of majority, and 54.5% of Asian respondents.
- Employment sectors of alumni differ by race and ethnicity, as well as gender. For example, URM respondents are primarily employed the Oil and Gas sector (33.3%); a rate double that of majority respondents.
- Increases in knowledge and experience, and interest in the research process and the field of geophysics broadly were the most commonly identified as influences on alumni career pathways. The development of a social network within the geophysics community was also an important influence.

This suggests a need for interventions to reduce or minimize differences in both academic pathways and employment sectors between populations. Interventions may include increasing participant awareness of pathway options via aggregate information from the alumni survey, developing academic and career vignettes of alumni, or other ideas derived from the qualitative study.
« View More Poster Sessions