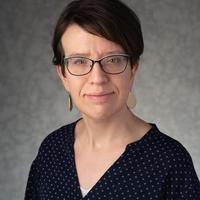 For this project, we conducted a survey study with items related to social comparison orientation as well as items from the following sub-scales of the Motivated Strategies for Learning Questionnaire (MSLQ): Intrinsic Goal Orientation, Task Value, Peer Learning, and Help Seeking. We also collected data on demographics and grades for students in both introductory and upper-level geoscience courses. Statistical analyses focus on identifying whether differences within and between the groups are meaningful. Future work will expand to include the collection of interview data.
« View More Oral Sessions