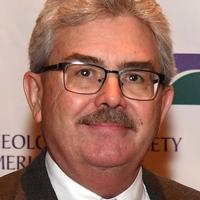 Eric Pyle, James Madison University
Communicating scientific information to nonscientific audiences requires presenting accurate information in multiple ways. It is critical in reaching a broad audience, however, that the information be presented as non-biased without advocating a particular pro/con position. This is a fine line to tread, but one for which science is uniquely equipped to provide. Given that issues in the geosciences are complex, crossing policy, economics, and public health, approaches to informing the public of what science says about the Earth system need to reflect this complexity without being complicated. The audience will vote with its feet if the information is seen as complicated, as well as advocating one extreme position or another. Used in a capstone course as a culminating project, a "press-kit" provides students with a platform to organize information on contemporary Earth issues. In fulfilling the goal of informing rather advocating for a position, a press kit contains sample news articles representing the nature of the issue as well as research on the issue. Since the audience will have questions about the issue, FAQs anticipate these questions. The press kit should also provide a spatial (map) and temporal (timeline) context for the issue in a manner that is complete but does not add value statements. A critical component of the press kit is an application of Craven's (2009) credibility spectrum, where the positions of sources of information are on their particular advocacy on the issue versus an analysis of bias, self-interest, and reputational risk of the sources. Students have developed press kits on topics from solid waste management to hydraulic fracturing. With a press-kit, students can provide scientifically representative information for issues that are constrained yet potentially controversial respecting the audience as well as giving the students confidence in their abilities to advocate for science.