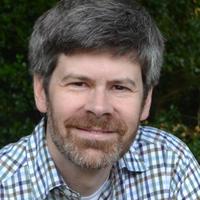 Kent Ratajeski, University of Kentucky
Geology is a visually-stimulating science, and as such, presents significant challenges to students with visual disabilities. This problem is exacerbated by the explosion of visual material within introductory geoscience textbooks over the last few decades. Accessible textbooks usually do not attempt to describe this visual material in any detailed way.

A variety of examples are presented illustrating the translation of complex diagrams, illustrations, visualizations, and maps into accessible products for a student with low vision enrolled in EES 220 ("Principles of Physical Geology") at the University of Kentucky during the Spring semester of 2017. The course uses Marshak's "Earth: Portrait of a Planet" as the suggested textbook, but many of the graphics and illustrations come from other sources.

Examples included for demonstration purposes include: tactile aids for teaching methods of relative dating (different rock units are shown with different textures, and portions of the legend are magnetized so the units can be arranged on a metal strip); a lab exercise on stratigraphic correlation using textured stratigraphic columns, pushpins, and strings; small clay sculptures illustrating various types of volcanoes and rivers; a tactile graphic illustrating the concepts of fossil succession, index fossils, and fossil assemblages in relative dating; tactile diagrams illustrating Bowen's reaction series and the rock cycle; models illustrating silicate mineral structures; a graphing exercise on flood recurrence intervals making use of a raised line printer; and a lab exercise on topographic maps using a modified raised relief map of Yellowstone National Park.

With the help of the University's Disability Resource Center and frequent feedback from the student, the design and implementation of the aids were improved during the course of the semester. Judging from preliminary observations and student feedback, most of the aids, particularly the larger ones, worked well to illustrate the relevant geologic concepts.