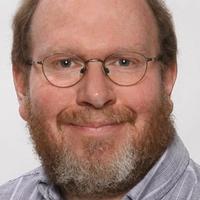 Joe Collins, Texas A & M University - San Antonio
The first author has long taught climate science and earth sciences at University of Texas- El Paso (UTEP), a research-oriented minority-serving institution (MSI) with majors in Geology and Environmental Science. In 2012, he received the opportunity to participate in School of Rock, a MSI faculty professional development program offered at the Gulf Coast Repository (Texas A&M, College Station), the North American repository for marine sediment cores. School of Rock was an intensive training program in interpretation and utilization of marine sediment cores to reveal and teach Earth's climate history. The experience was so positive for the first author that he immediately developed a provisional UTEP class in paleoclimatology based on the School of Rock curriculum, a capstone senior and graduate course using sediment cores and other proxy data. It was the best-received course he had ever taught, and was formally added to the UTEP curriculum. The first author was invited by School of Rock's organizers to help propose, implement and be one of the instructors/mentors in a similar follow-up professional development program, "MSI-REACH," at the Gulf Coast Repository in summer 2015 and 2016. The second author, whose research reconstructs Quaternary paleoenvironments using lacustrine sediment cores, was a top-performing graduate student in the first organized UTEP paleoclimatology course, and chosen to be the teaching assistant / lab instructor the second time it was offered. After receiving his doctorate under Gill, Collins accepted a faculty position at Texas A&M University- San Antonio, another HSI, where he is developing new sophomore- and senior- level climate and paleoclimate science classes, implementing parts of the "School of Rock" and "MSI-REACH"-based curriculum he learned at UTEP. This narrative demonstrates how a single professional development program positively influenced students and echoed down through multiple institutions, acting as a "force multiplier" for the transmission of scientific knowledge.