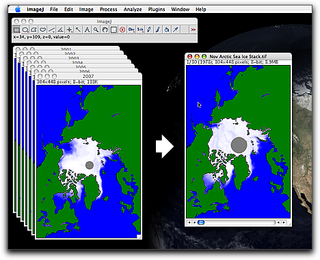 What is a stack?

ImageJ can display two or more images in a single window, as a stack. The images or layers that make up a stack are called slices. Stack windows have a scroll bar across the bottom to cycle through the slices, and you can animate the images at a speeds from one frame every 10 seconds to over 1000 frames per second. Many operations, such as selecting, filtering, thresholding, and contrast enhancement can be applied to all slices in a stack.

To stack a set of images, they must all be the same width, height, and bit depth. The number and size of the images you can stack depend on the amount of memory in your computer.


What are stacks used for?

Stacks are used to display and analyze images that are related to each other in some way, such as by time (temporal), space (spatial), or color (spectral). Stacking temporal images allows you to animate them — to rapidly display them in sequence — making changes over time easier to see and understand, and allowing you to precisely measure the same regions of the image over time. Stacks of spatial data can be animated and measured, but you can also use ImageJ to construct entirely new views of features in the images. Using spectral data, you can use ImageJ to create both natural and false color views of a scene.

Time-series images represent data collected for the same region but at different times. Stacking these images helps you to visualize change over time. Stacks can be saved in several formats, including animated gif for web display and, with the appropriate software installed, QuickTime movie format.

Show me an animated gif

Show me a QuickTime movie

Create a stack from a sequence of images

Show me how to import an image sequence 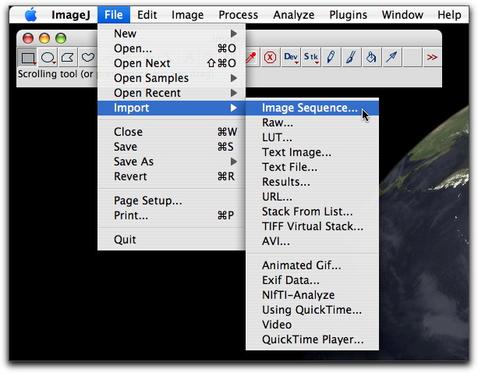 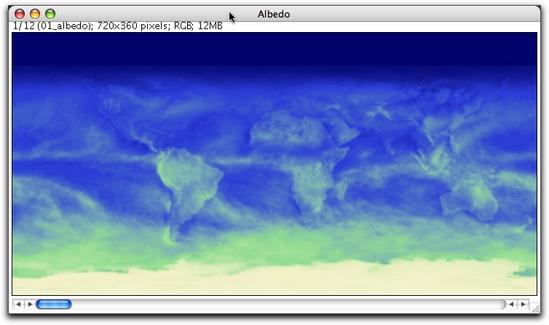 If you had difficulty creating or saving the stack, right-click (Win) or control-click (Mac) here (TIFF PRIVATE FILE 8.9MB Jan13 10) and download the Albedo stack.

The albedo images from January 2009 through December 2009 are now assembled into a stack. 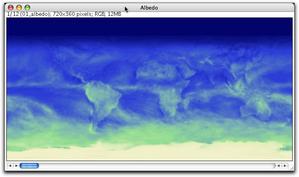 You can step through a stack one slice at a time, or you can animate it like a repeating movie loop. ImageJ lets you control the speed of the animation, so you can show it at a speed that is best suited for viewing.

Hide
This image shows slice 2 of 12 of the Albedo stack. The scroll bar is at the bottom. 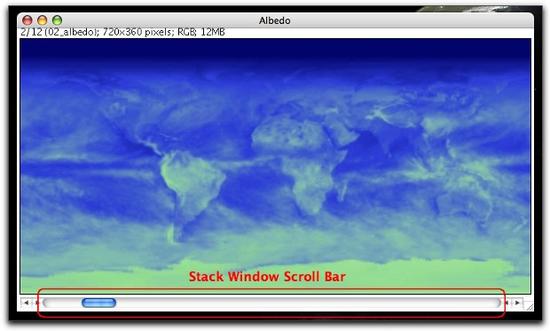 Show me a movie about how to flip through a stack

Hide
Drag the scroll bar at the bottom of the stack window to the right and left to scroll forward and backward through the stack.

Show me how to start the animation and change its speed

Experiment with changing the speed of the animation, carefully observing the albedo changes that occur during the year.

What if you need to add or remove a slice from a stack?

Show me how to add a slice

Show me how to delete a slice

Show me how to unstack

Show me how to restack

As you and your students explore time-series images, think about the patterns that you are observing. What do they mean? What do the data show?

Show me an interpretation of how albedo changes during the year

Hide
Overall the intensity of the sunlight changes along with the seasons. In the late winter and early spring, the reflectance is at its maximum. Spring brings the return of the intense sunlight to the snow covered areas and before the snow melts, this combination of spring sunlight and snow cover creates a very bright period in March and April in the Northern Hemisphere. However, as the snow cover decreases from May through July, the albedo decreases, demonstrating that conifer trees are not especially reflective and are, in fact, absorbing summer sunlight. Conifers have extremely low albedo, 5-15%. In the late summer and fall the snow cover returns and as a result the albedo again increases in the Northern hemisphere.

Create a Montage from a Stack 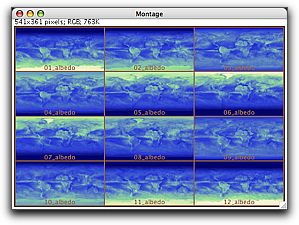 Stacks are great on your computer screen, but how do you represent the image series in a printed report? The solution is to create a montage — rows and columns of thumbnail images on a single page — to save and import into your report.

Show me an example of how to make a montage

Show me a movie of how to create a montage

Create a Stack from a Montage 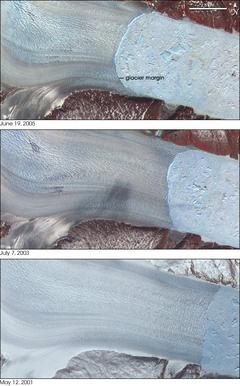 What if you download a montage of two or more images combined in a single window, and want to turn them into a stack to animate them? The important thing to keep in mind is that all of the images need to be the same width and height to stack them.

Show me how to create the 2003 image from the montage 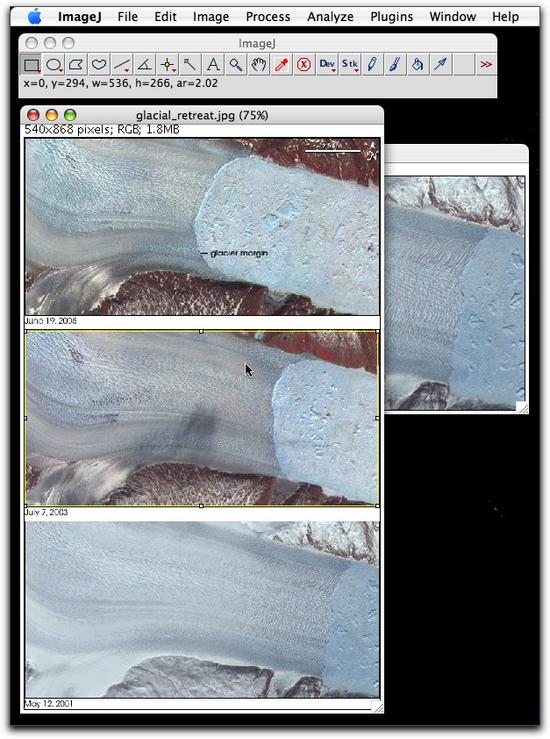 Show me how to stack and animate the retreating glacier

Show me a movie of this process

Hide
If you had difficulty creating or saving the stack, right-click (Win) or control-click (Mac) here (TIFF 1.3MB Feb13 10) and download the Glacial Retreat stack.


Your Assignment: Create Your Own Time-Series Stack 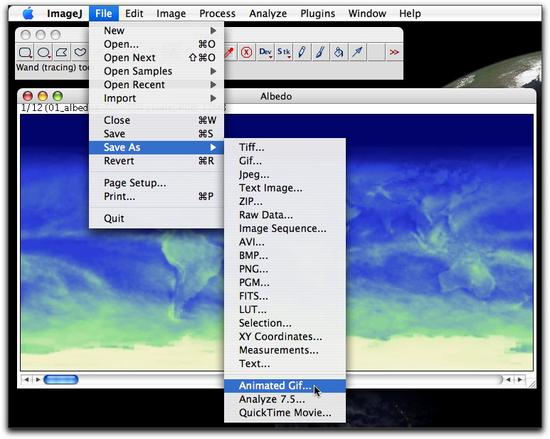 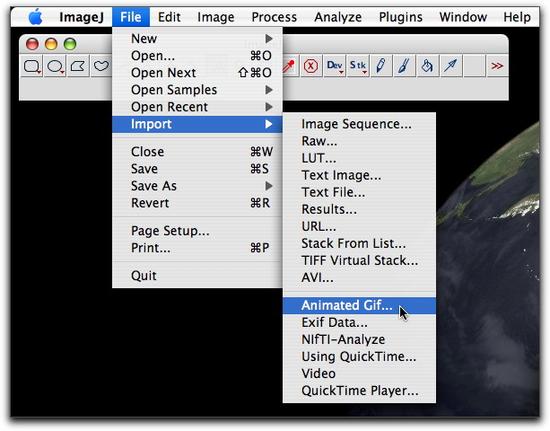