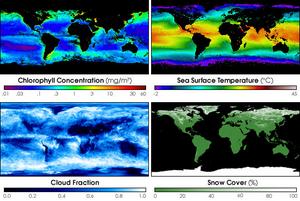 The NASA Earth Observations (NEO) site is a great place to find imagery of NASA Earth science datasets. With NEO, you can download global and regional imagery in a variety of formats: PNG, JPG, GeoTIFF, and Google Earth. Additionally, NEO allows users to resize images and download them in color or grayscale. Users can also import NEO images directly into NASA's Image Composite Explorer (ICE) tool to perform basic analysis and explore relationships between datasets. NEO includes over 20 distinct atmosphere, ocean, and land datasets, which are available as global snapshots in daily, weekly, and monthly time spans, and most are available at 0.1 degree (10-kilometer) resolution. The website has a Flash interface and therefore requires a Flash player to operate.


Select and Display a Map for a Given Time Period 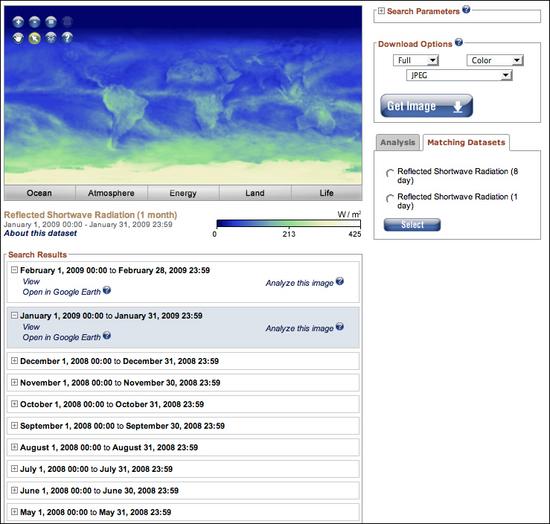 
Find Out About the Dataset Used to Produce the Map