How do we teach about questions with no certain answers? 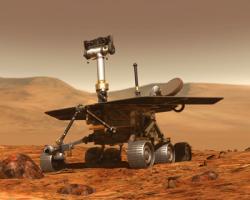 An artist's rendering of a Mars rover exploring the surface of Mars. Image from NASA/JPL.

Geology is primarily an observational science; it relies heavily on first-hand accounts of processes and objects that we can see, touch and measure. However, many fundamental questions in Geology cannot be addressed by observation or experimentation, because earth systems evolve over space and time on a grand scale. For example, we can't run lab experiments to duplicate how the early atmosphere evolved, how the moon formed, or how the earth accreted. The key events that shaped the early earth have long passed and we will never be able to observe those processes. So how do we conduct our quest to unravel earths' early history?

Some strategies that scientists use are:

Employ a teaching strategy that capitalizes on the excitement of discovering something that is unknown.

On one hand, students crave the security of black and white answers. This is especially true for non-science majors. However, we can get students involved in the thrill of discovery and have them experience the process by which science expands or refines what is known. Faculty can embrace the uncertainty as a mechanism for getting students to explore and think. 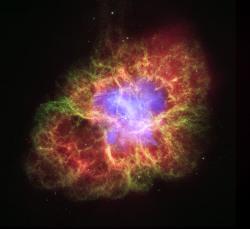 Dealing with uncertain science can be daunting, so choose the topic and the approach carefully. 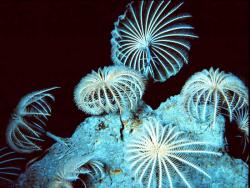 Living crinoids. Photo from the Smithsonian Museum of Natural History