This activity engages students in the exploration of interference between sinusoidal wave forms. They use an interactive applet to manipulate the phase, wavelength, amplitude, and phase velocity of two waveforms and observe the resulting sum. With an animation button, they can start and stop the motion of the waves.
Used this activity? Share your experiences and modifications

This activity is intended for undergraduate students in a physics, mathematics, or mineralogy course that requires an understanding of interaction between sinusoidal wave forms. It may serve as a component of an introduction to Bragg's Law.

Prior to engaging in this activity, students should have a basic understanding of electromagnetic radiation.

This activity can serve as an introductory exercise, prior to having students engage in the Bragg's Law activity.

Students will gain understanding of the nature of sinusoidal wave interaction.

Students will learn to visualize mathematical concepts, in this case the summation of two waveforms and how the sum changes as the waves move.

Students will learn to predict outcomes based on a mathematical or physical concept.

Students interact with an applet to experiment with waveform interference. The activity should be performed in a computer laboratory, with each student at a workstation. They should each be provided with a copy of the following handout, available in Word and pdf format, which they should fill in as they proceed through the exercise. At the completion of the exercise, they should hand it in for grading.

If the applet below fails to appear properly on the page, with sliders for setting the amplitude, wavelength, phase, and speed of the waves, browse to the above link to the original applet page.

To animate the waveforms, click on the start button, and to stop the animation, click again. In order to change the speed of the animation of the two green waveforms, you can use the sliders on the lower right, but you must halt the animation in order to adjust the speed. Once your speeds are selected, start the animation again. The speeds are actually phase velocity. In other words, when the two green waveforms animate at equal speeds, each one will advance by an equal number of wavelengths during a given amount of time. Therefore, if they are set to the same speed, but different wavelengths, the waveform with the longer wavelength will advance faster than the other one. 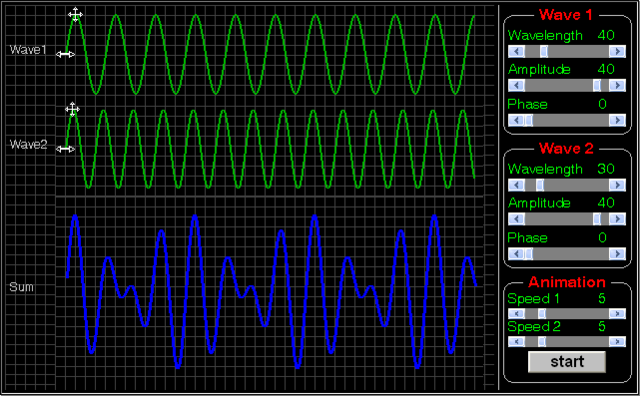 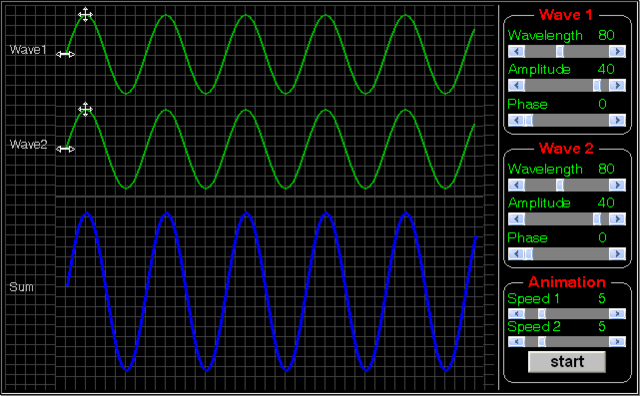 We have constructive interference when the wavelength, amplitude, and phase of the two component (blue) waves are identical. 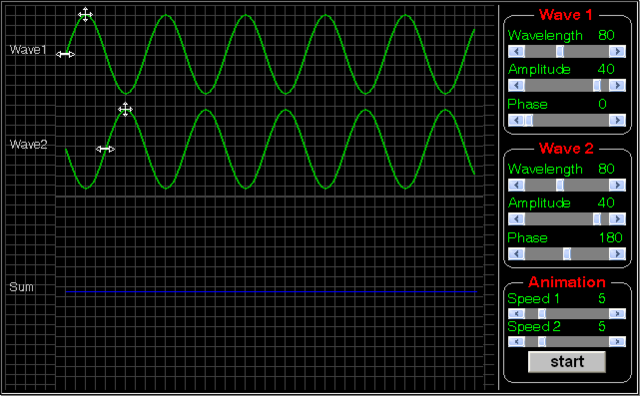 We have destructive interference when the wavelength and amplitude of the two component (blue) waves are identical and the phases differ by 180 degrees. 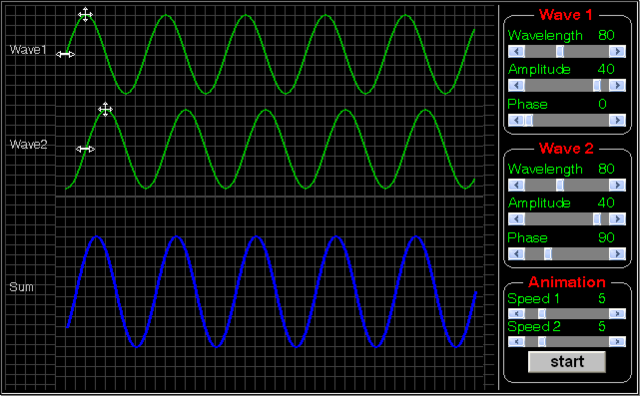 With the wavelengths and the amplitudes of the component waves identical and their phases different by 90 degrees, there is partial constructive interference. 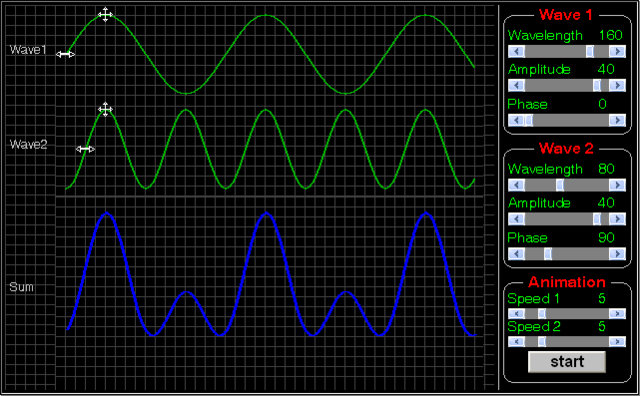 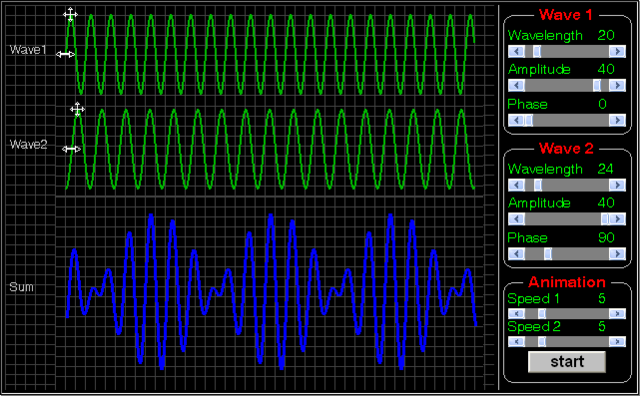 With the amplitudes of the two component waves identical and the wavelengths slightly different, the sum exhibits wave beat. 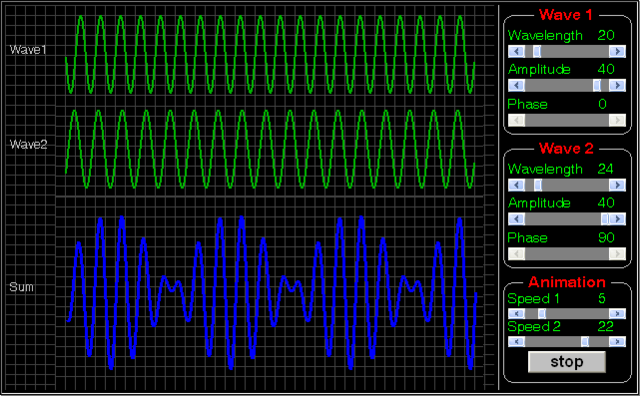 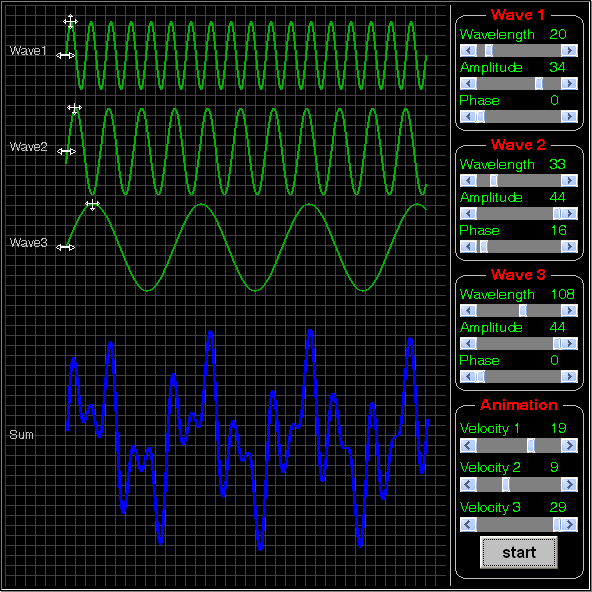 After the students engage in the activity and write their answers on the handout, have them hand it in for grading.
More information about assessment tools and techniques.