Each image below represents the interest of one of the workshop participants. These images show the broad spectrum of biocomplexity.
Click on an image to enlarge it. Teofilo Abrajano 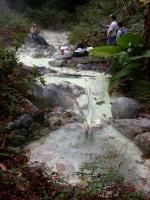 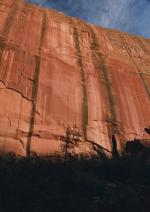 A picture of a hyperpiezophilic bacteria (the bar is 1 micron). Kathleen Farley

This image shows the equatorial alpine grasslands in the Andes known as paramos above, bordered by a plantation of exotic pine trees below. Bob Ford 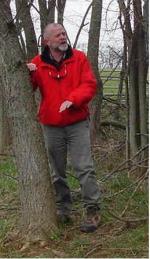 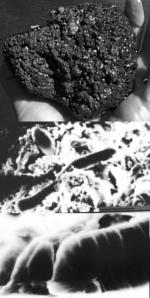 Cobble (top photograph) from Turtle Creek, Beloit, Wisconsin that is coated with a several-mm-thick carbonate crust. Crusts only occur in an 8-km stretch of the stream. Precipitation of the calcitic crust probably reflects complex interactions among biological, chemical, and geological factors. Cyanobacteria (filaments; 5 ???m thick) and diatom frustules are preserved within the crusts as seen in the two scanning electron microscope photographs. Bruce Maxwell

Map of a neural net self-organizing map of 700 mb anomalies over the western US that I am using for climate classification. Rose McKenney

Biocomplexity resources from across Teach the Earth »

Biocomplexity resources from across Teach the Earth »