Department of Mathematics and Science Education, University of Georgia 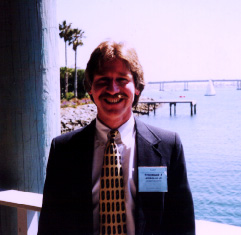 The affective domain (from the Latin affectus, meaning "feelings") includes a host of constructs, such as attitudes, values, beliefs, opinions, interests, and motivation.

Research in the affective domain is limited by

While the affective dimensions of science learning have long been recognized as important, they have received much less attention by researchers than have the cognitive dimensions. Reasons for this imbalance include the "archetypal image of science itself," where reason is separated from feeling, and the "long-standing cognitive tradition" of science education research (Alsop & Watts, 2003, p. 1044). A contemporary view is that the "affective dimension is not just a simple catalyst, but a necessary condition for learning to occur" (Perrier & Nsengiyumva, 2003, p. 1124). Attitude and motivation are indeed the most critically important constructs of the affective domain in science education.

Attitude is commonly defined as a predisposition to respond positively or negatively toward things, people, places, events, and ideas. After almost three decades of proliferation, attitude research in science education began to wane in the 1990s, in part because attitude researchers seemed to reach an empirical plateau. Many studies produced results that provided little direction for improving classroom practice or advancing research in the field. A second reason for the decline is that research paradigms in social psychology and educational psychology that had influenced research in science education shifted from a behavioral to a more cognitive orientation (Richardson, 1996). This shift in theoretical orientation saw attitude aligned with affect, or feeling, and belief with cognition. With the separation of attitude from cognition, and the emergence of belief as a construct thought to explain the actions of learners, attitudes became less important.

Research on students' science-related attitudes is again receiving increased attention. The disturbing decline in science class enrollments at the secondary level and post-secondary levels, particularly in Western countries, the disdain expressed by many students for school science, and the promise of new research methods [linked to physiological expression] have prompted renewed interest in attitude research (Osborne, Simon, & Collins, 1993).

Motivation is an internal state that arouses, directs, and sustains behavior. The study of motivation by science education researchers attempts to explain why students strive for particular goals when learning science, how intensively they strive, how long they strive, and what feeling and emotions characterize them in the process. As science education researchers respond to current national initiatives to foster students' science achievement, the emphasis placed on motivation has been increasing.

According to Brophy (1988), motivation to learn is "a student tendency to find academic activities meaningful and worthwhile and to try to derive the intended academic benefits from them" (pp. 205-206). The important motivational constructs being examined by researchers include intrinsic and extrinsic motivation, goal orientation, self-determination, self-efficacy, and assessment anxiety.

This work is based on excerpts from: