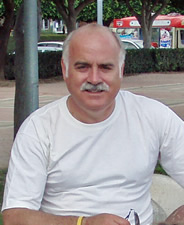 Homepage What are the key issues related to the role of the affective domain in teaching geoscience that you would like to engage at the workshop?

The role of the affective domain in field work

Many years ago, I taught a second year metamorphic petrology course comprising 12 lectures and 6 three hour practical sessions. Each of the ~40 students had to complete a synthetic map and sample based problem by the end of the six practical sessions. Because they were all working on the same problem, but supposedly producing independent work, I had to stop them from talking to each other.

After two years of doing this, and marking a large number of very similar project reports with no time to feedback to the students, I changed. I split the class into groups of 5 students, so that I had ~8 groups working on the project. I redesigned the project so that parts of it could be split up and allocated within groups (data collection), but parts required them to get together on a regular basis to check things were consistent (synthesis/evaluation). I wanted them to talk to each other within groups, but encouraged the groups to be independent. The practical sessions became much more manageable. I could talk to groups about their progress, and it was easier to get around 8 groups than 40 individuals. The groups became naturally protective of their own intellectual copyright. I didn't have to be a policeman, I could be a friend. The atmosphere changed from a closed one to more open collaborative one. The standard of work improved, with reports being more thorough, partly because the groups had more time (5 students' time rather than one). I spent much less time marking, and so could afford time to discuss the assessment outcomes of the project reports with each group in a meeting where they could talk their group mark up or down. Students within groups also have to agree how to divide the marks; who did the valuable work?

Most students liked this approach, though there were some who would have preferred to work alone and stated vehemently so in feedback. Some students, due to peer pressure from within the group, did more work in the group than they may have done alone. There were also the occasional disasters where a group member disappears along with data at a crucial time. However, helping groups contend with such disasters and work out strategies to get around the current one and avoid them in future resulted in interesting communication. I felt much better after the change (and ever since) because I had less marking to do and I could engage better with the students. Overall it has been a win-win situation—better for the students and for me. I have used group-based projects in other parts of my teaching and would like to understand more about the psychology behind group dynamics and effects in the affective domain rather than my current anecdotal understanding. How can the effects be quantified? I have done some affective domain work quantifying individual perceptions of the effect of field work (Boyle et al. in press in Journal of Geographical Education) through the use of pre- and post-field-class questionnaires, but would like to understand the effects of group work.