Most of the information in this section was abstracted from the report by Professor Joel Tarr at the University of Pittsburgh (Tarr, 1987). Woburn's industrial history began in the late 1600s when the first leather tanning company was formed. Between the mid-1800s and into the mid-1900s there were 100 leather tanning operations located on the banks of the Aberjona River. 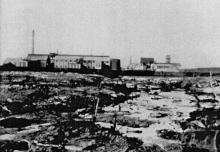 In 1850 the Woburn Chemical Works began operation in north Woburn. For more than 100 years this property was to be used for manufacturing chemicals for the New England region's leather, textile, and agricultural industries. From the late 1800s into the early 1900s it was the location of the Merrimac Chemical Company, one of the region's largest chemical manufacturing operations which produced arsenic and lead based pesticides, sulfuric acid, and explosives used during World War I and II.

As was the practice in the past, waste from manufacturing operations was disposed of on adjacent property in pits, ponds, lagoons, and directly into the Aberjona River. Some of the waste was put into landfills where it was burned and buried. As tannery and chemical operations grew, smaller industries were built throughout Woburn. These operations included chemical barrel cleaning and reclaiming operations, piggeries for supplying hides to the tanneries, and smaller chemical manufacturing operations.

During post World War II re-industrialization Woburn was again the site of increased industrial development because of its proximity to Boston and because it was located at the juncture of two major highways, Interstates 93 and 95. And, as before, because of the abundant water supply, much of the newer industry located along the banks of the Aberjona River and in the Aberjona watershed. The Aberjona River was known to be contaminated as early as the mid-1800s. In the late 1890s reports from the State Board of Health documented deaths from cholera and typhoid from drinking water supplies contaminated with wastes from the tanneries. In 1922, the Massachusetts Department of Fisheries and Wildlife released a photo essay of 150 photographs documenting contamination along the entire length of the Aberjona River (Massachusetts 1922 ).

Though small tanning and shoe making shops existed before 1700, Woburn's economy was primarily agricultural until the early 19th century. The opening of the Middlesex Canal in 1803 provided Woburn tanneries with a new means of obtaining bark and, as a result, the leather business within the town boomed. The opening of the Boston & Lowell Railroad in 1835 and its Woburn Loop in 1844 served to further expand the shoe making and tanning industries. By 1936, the nation's early rubber industry was also established in Woburn which became further cemented by Charles Goodyear's pioneering discovery of the vulcanization process in east Woburn in 1839 (Tarr, 1987).

Demand for shoe leather during the Civil War boosted Woburn's leather production. By 1865 there were 21 tanning and currying establishments in the small town. Immigrants from Ireland, Nova Scotia, and Canada moved to Woburn to take jobs in the tanneries and the city's industry shifted toward the production of leather. At this time, Woburn rivaled Philadelphia and Lynn, Massachusetts, as the leading manufacturer of tanned leather. By 1884, Woburn contained 26 large tanneries that employed 1500 men.

Beginning in 1885, Woburn became the leading leather producer in New England. The city retained this status into the 20th century, developing with it the associated support industries including chemical plants, machine shops, and makers of tanners' knives. Henry Thayer of Woburn developed the process of chrome tanning in 1901, which soon supplanted bark tanning for most types of leather products. By the 1930s, however, under the combined adversities of the Great Depression and changing markets, the tanning industry declined. By 1940, only six tanneries remained in Woburn (Tarr 1987 ). Today there are none. For more historical information, see History of Woburn. 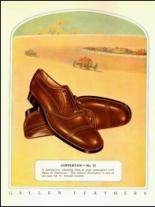 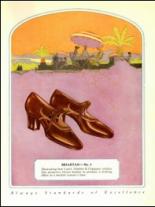 The City of Woburn occupies 13.1 square miles of the Fells Upland along the upper Mystic Valley and was incorporated in 1642. Woburn became an early manufacturing center, tanning leather and making shoes. Production was large enough so that during the King Philip's Wars, town taxes were partially paid in shoes. The smallpox epidemic of 1675 cut deeply into the town's population. The Middlesex Canal from Boston opened in 1803 and the Boston and Lowell Railroad in 1835. Woburn continued to make boots and shoes and in 1855 made $280,000 in footwear, but by 1865 there had been a shift away from manufacturing shoes toward the production of leather. In that year alone, the tanneries of Woburn shipped $1.7 million of leather and Woburn was at the head of the tanning industry in the country. By 1915 there was some diversification in the city's economy and companies were making ice cream, machine tools, mops and paper boxes among other goods and supplies (Tarr, 1987).

One of the questions the jurors had to wrestle with related to Woburn's long industrial history and its contribution to contamination in the Aberjona River. Holding Beatrice Foods and W.R. Grace responsible for the plaintiffs' illnesses when there was such a legacy of contamination to Woburn's streams, including the Aberjona River, that could have been captured by wells G and H and distributed to citizens was considered by the jury.

The federal government has always received criticism concerning regulations promulgated from the Superfund and Resource Conservation and Recovery acts. Much of this criticism arises from current property holders being held responsible for past activities that led to contamination even though the current activities may not be in any way related to the past activities by a previous land owner. The typical stance in the court regarding this issue is "buyer beware".