Hide
Made in Woburn

The presence of pesticide producing companies within the Aberjona River valley is a key component to the arguments presented by W.R. Grace & Co., which took a position that historic misuse of the chemicals and wastes produced by the chemical manufacturers were widespread throughout the watershed. As a result, these facilities were also potential source of carcinogens that may have affected the citizens Woburn.

U.S. EPA defines a pesticide as "any substance or mixture of substances intended for preventing, destroying, repelling, or mitigating any pest." Pesticides can be either a chemical or biological agent that is used against pests. For example, pests can include insects (insecticides) weeds (herbicides), rodents (rodenticides, )bacteria (bacteriacides), fungi (fungicides). Often pesticides are mistakenly considered as only referring to insecticides. However, 'pesticides' is an overarching term. In most countries, pesticides must be approved by a government agency. The U.S. EPA is the regulating agency in the United States. Some pesticides are regulated as "restricted use". In the U.S., only certified applicators may buy or apply these pesticides.

Effects of Pesticide Application and Use

Pesticides are applied to kill a specific pest. However, when a pesticide is applied, it can run off in rain water into streams and rivers or drift through the air. Pesticides have been found in all rivers and streams in the U.S. In addition, pesticide exposure in farm workers has been associated with health problems. Some pesticide exposure also occurs through diet. 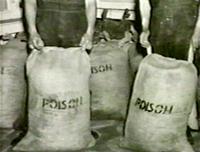 Arsenical insecticides have long been used in agriculture. The earliest recorded use of arsenic sulfides were in China as early as 900 A.D. Arsenous oxide was used at a rodenticide in the 16th century in Europe (Worthing and Hance, 1991). In the United States, copper acetoarsenite pigment, known as Paris green CH3(COO)2Cu.3Cu(AsO2), was used in 1867 on Colorado potato beetle. Paris green sprays were soon adopted by fruit growers until 1900. Internationally, Paris green also was used for mosquito abatement and for control of other insects. See Peryea, 1998 for more information.

Lead arsenate (LA) was the most extensively used arsenic-based insecticide. It was first used as an insecticide in 1892 for use against gypsy moths invading hardwood forests in Massachusetts. Lead arsenate adhered to the surfaces of plants and was longer lasting than Paris green. Initially, lead arsenate was prepared by farmers by combining soluble lead salts with sodium arsenate. Lead arsenate pastes and powders also were sold commercially. In 1989, household ant killers containing sodium arsenate were banned because of the danger of ingestion by small children.