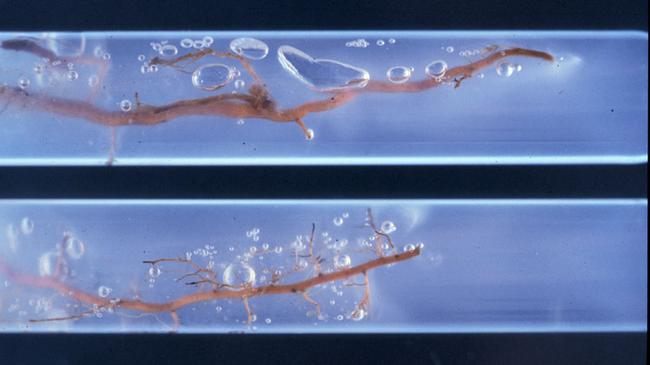 Hide
Root culture close-ups above show cultivated diazotrophs from roots. The culture is inoculated by stabbing clean roots into growth media containing various carbon sources, but no combined nitrogen. Bacterial growth from root surfaces can be seen as off-white smears.

Non-destructive measurements of plant primary productivity at all sampling stations were initiated in the first year of this project ( 2003—2004) to record key sediment physical and pore-water chemical parameters. (Baseline determined in order to evaluate edaphic and biotic parameters likely to influence the distribution of diazatrophs in this environment.)

Hide
Two students on a sampling transect in the salt marsh.

The characterization of over 900 new nifH diazotrophic sequences in this project has led to the following important discoveries. 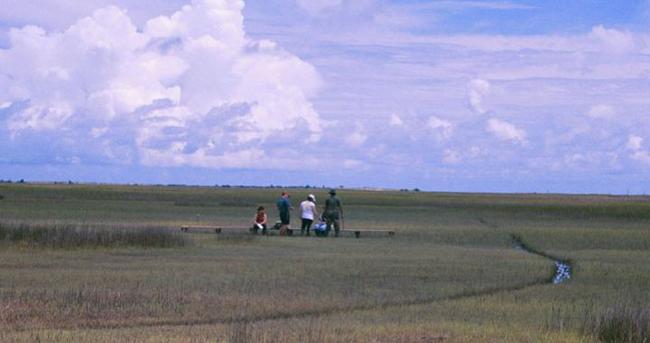 Hide
Perspective of the marsh in the project sampling area.

Copyright on all images and material by Charles R. Lovell 2005.