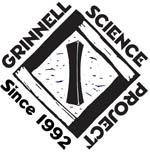 The Grinnell Science Project is committed to developing the talents of all students interested in science and mathematics, especially those from groups underrepresented in the sciences -- students of color, first-generation college students, and women in physics, mathematics and computer science.

The program developed over several years, drawing on national studies and efforts, and aimed at addressing barriers to success in the sciences. It has involved curricular and mentoring changes, activities and structures that foster acclimation to college life and a community of scientists, and improvement of student achievement.

The Grinnell Science Project (GSP) was created in the early 1990s to address a problem indicated by data faculty and staff gathered about Grinnell students. It was found that students—particularly those of color, women, and first-generation college students—were entering Grinnell College with an avowed interest in pursuing degrees in the sciences, but abandoning their academic goals when they failed to do well in introductory sciences courses. (Read more...)

We designed a one-week pre-orientation, intended to build confidence and to alleviate the anxieties of the first year, since these may provide an uncomfortable campus climate for a student and hinder his or her academic performance. This pre-orientation is held the week preceding Grinnell's general orientation for new students. Using the students' college applications and their transcripts, we look at risk factors for poor performance in introductory science courses (none of which involve academic preparation) and select 70-90 students who indicate an interest in science on their application. These selected students are invited to participate in the GSP pre-orientation after they have accepted admission at the College. This has resulted in participation of 25-35 students in the early years and 40-45 in recent years. (Read more...)

The curricular and pedagogical development component of the program has aimed at changing the basic fabric of introductory courses by providing faculty members with a nurturing environment, mentoring, and the intensive development time they need to make such changes. The goals of our curricular and pedagogical changes are to provide challenging, not remedial, problems which engage the students in hands-on investigation and mutual realization of the solutions and to respond to different learning styles. We started with several experiments. We launched a series of one-credit, add-on courses that students could co-enroll in with the standard introductory courses. These one-credit courses provided students with interactive ways of learning material, and provided platforms both for more engaged learning by students who wanted some additional work, and for pedagogical experimentation by faculty. In addition, one faculty member decided to experiment with a variation of the workshop (no lecture) physics approach pioneered by Priscilla Laws, and the entire computer science (CS) faculty decided to transform their introductory courses into a workshop format. (Read more...)

A primary tool for accomplishing the goals of the program was weaving a "web of mentoring," not only close mentoring of students by their teachers, but also student to student and faculty to faculty (who support one another as they try pedagogical experiments). Curricular and pedagogical changes are both substantial and nearly universal. The GSP was also greatly influential in the design of new science facilities at Grinnell College. While the initial impetuous for the effort came from some key individuals, the execution and continuous improvement lies within virtually all science faculty as well as student life professionals. This high level of involvement, including curricular development, community building activities, and mentoring, insures sustainability. We have also established a Science Learning Center which, along with the Math Lab, trains peer mentors to support and assist students. (Read more...)