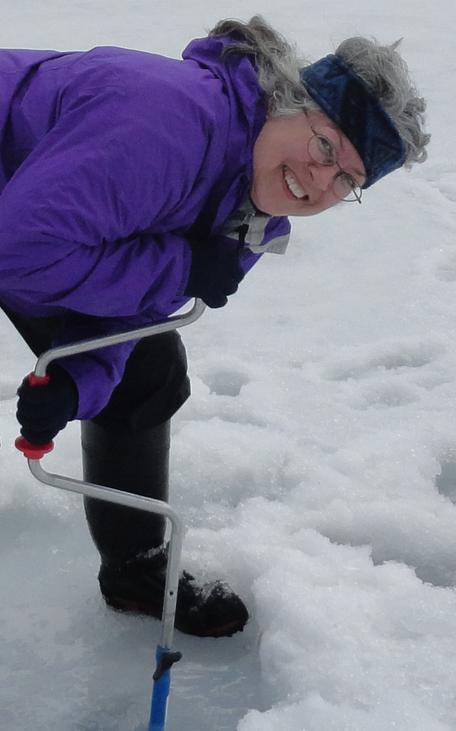 Hide
This course expands upon the introduction to Environmental Science begun with ESP 2100, to include the myriad and complex issues associated with human population growth. This includes social issues of environmental health and environmental risk; physical issues of energy use, pollution, climate change; and resources issues of land, food supply, and waste. These concepts are integrated as we examine how regulations are use to mitigate and control the impacts of population on the environment. This course also develops and enhances skills needed to fully engage in advanced courses within the major, including technical and visual data management, analyses and interpretation.

Hide
The intent of this course is to help you acquire and develop:

My course is a first year introduction to environmental science, typically taught as a lecture-lab combination. This module provides the students a more inquiry-driven approach to understanding environmental risks and mitigation and serves as a culminating experience for their first year.

It was fascinating to see the students really dig into these activities. Over the three weeks of the module, they became far more alert and tuned into the world around them, especially with regard to natural disasters and how prepared (or unprepared) the affected communities were for them. I can build upon these experiences now in my follow-on Intro to Geosciences course, using their knowledge about risk communication and preparation to engage them in discussions about resilience to catastrophic (earthquakes and volcanos) versus gradual (climate and sea level) events.

This course instills in the students a sense that outcomes of natural disasters are far more in their control than they thought. That even worst-case scenarios, like the a hurricane that tracks straight through the region, is something they could plan for and prepare to deal with as a community.

The module moves along at a very fast pace. The students could easily fall behind if they missed a class. I created some "catch-up" room by making some assignments extra credit, and merging others (like the final concept map) into thought-questions in the final exam.

My course runs 15 weeks, including the final exam week and Spring Break. I prepared the students for the module throughout the course by pointing out examples of interacting systems and of hazards and risk. This helped build familiarity with these concepts prior to the module.

I introduced the module in the last three weeks of the course, with the culminating town hall meeting during the last lecture period. The final exam, given the following week, included reflective components. For example, they revised their concept maps to create a more complex version that included planning and preparedness. They also considered which courses could fill gaps in their own knowledge about major storms and human systems.


I followed the sequence of units and unit activities described in the module with a few exceptions. I actually did the coastal erosion exercise in lab the week before concentrating on the module because we were covering sedimentary processes.

The students had an initial lecture on systems thinking and on use of concept maps as a way of visually describing systems. The students then broke into small groups to create their first concept map (of a major tropical storm). They spent the interval between lecture periods reviewing NH's Hazard Mitigation Plan. In the next lecture class they calculated the probability of hazards mentioned in the plan (Case Study NH HMP activity) and plotted the frequencies of their assigned hazard on the main white board. One hiccup in this process was that students sometimes received the impression that some natural hazards were less frequent in the longer record - not all of the storms in NOAAs records were included in the State's HMP. So the second time I taught the module I directed students to the USGS flood history record and had them use that for the longer-scale probability question. The students did the HVA activity as homework between Units 1 & 2. one students failed to pay attention to the instructions and did every worksheet on the Kaiser HVA. Also, many of the students printed out hardcopies of the HVA instead of uploading it as instructed. These graphs and excel sheets do no print out well unless the student carefully sets the print parameters. One solution would be to instruct students to take smartphone photos of the spreadsheet and graph and to print or upload those. Phone photos also work well for the turning in concept maps online.

Since the students had already done the coastal erosion activity, we started Unit 2 with the Sea Level activity in lab and ran the press release and debris removal activities in lecture class. By this time the students were feeling stressed about have activities every day and homework every night. Students who typically showed up late for class fell behind; students that skipped class never caught up. At this point I decided to make some of the assignments extra credit, including revision of the press release and debris removal activity.

Some students had difficulty with the sea level activity because they don't know the geography of NYC and New Jersey. They used too large of an area in answering questions about sea level inundation extent and numbers of infrastructure impacted by flooding. I suggested they first become familiar with the boroughs and place names and boundaries and then start the activity. It often helped to pair up students who were from the NYC region with students who have never been there.


Unit 3 was a bit rushed, or felt that way, but it actually went much better than expected. I gave over an entire lecture period to group collaborations, with instructions that the groups should have a draft of the policy memo done by the end of the lecture. This created great consternation and some students wasted time complaining amongst themselves until they realized the other groups were forging ahead and being very productive. Most of the groups completed a fairly detailed outline within the 50 minute period. I had to remind some of them that their goal was to make recommendations to improve an existing HMP, not to rewrite the document. Before they left the room, I had each group select one person to be responsible for pulling the individual pieces together and uploading the final document. I offered this person extra credit, but only if the completed policy memo made it to the class web site by midnight the night before the town hall meetings.

The Town Hall meeting itself was done on the last day of regular classes. While the students were very nervous, they were really well prepared and made many good observations and recommendations. The presentations did not, in themselves, stimulate any debate, so I waited until the were all done presenting their cases and then reviewed the ones that seemed to be in conflict either with each other or with common issues in town politics, like raising taxes to pay for additional emergency responder units, or to cover the salary of a hazard mitigation officer. This stimulated the students to look at their own comments to the other teams and to raise more issues. We then took a poll (by raised hands) about how many would support higher taxes to pay for the increased costs of preparedness. This brought in the economics of risk and allowed me to remind them of the very high costs associated with recovery and clean-up versus the costs of planning and pre-event mitigation.

As a culminating activity, during the final exam, I had the students do a final concept map that was supposed to convey the complexity of the issues associated with major storm risks and resilience. Some students did very well; others reverted back to their first map that only looked at the physical events in storms, and none of the planning for them. I got the sense that these students were holding onto a view of humans as just victims, rather than collaborators, in nature's processes. The next time I teach this module, I will have them examine this concept of being hapless victims and how it interferes with prospects for sustained resilience.

I used the questions and tasks embedded in the activities for most of the assessments. There were too many of these for the recommended 3 week time frame, and so I made some extra credit. Next time, I will perhaps skip over some of the activities and substitute ones that add more exploration - such as finding examples in the modern news of towns that generated press releases in advance of an on-going hazard; or of preventable deaths and damages, with a brief reflection about where that town might have better prepared residents and businesses. As a follow-up, in-class mini exercise, I might have the whole class look for and review that town's HMP for 1) recognition of the hazard, and 2) suggested actions to prepare for it.

I also used the concept maps as a way of assessing progress in systems thinking. This did not work as well as I hoped because about 20% of the class expressed discomfort with their ability to create a concept map at all, much less on a topic with which they weren't wholly familiar. Some students thought they needed to understand more about how storms came into existence and failed to recognize that the human response was an even bigger part of the system than the storm origin.

My main goal was for students to accept human responsibility for storm outcomes that affect infrastructure and safety. I also wanted the students to recognize where human actions act to enhance and diminish risks of storm damages. I think about ¾ of the class gained these perspectives. The ones that didn't were the ones that failed to fully engage in all of the activities. Overall, I'd say this module accomplished want I hoped it would and that improving the reach of those outcomes to all the students is a matter of tweaking the pace and delivery of the activities to capture the students with higher absenteeism.