Political Talk is Important to Democracy 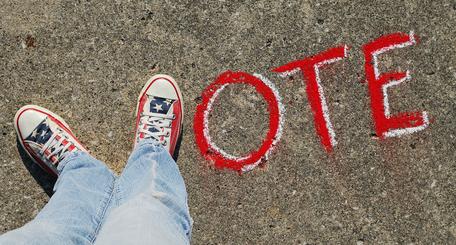 ×
Talking is an important part of democracy. Every vote counts.

Provenance: Theresa Thompson www.flickr.com/photos/theresasthompson/
Reuse: CC 2.0
Discussing politics with family and friends who don't agree with us is always a dicey proposition. Taking a chance that a nice family meal or vacation with friends might be ruined with a heated exchange understandably keeps many of us from wading into those waters. To be sure, some anecdotal reports of familial ruptures owing to the recent presidential election and its aftermath underscore the threat we all face by engaging each other in political talk. Still, many bravely soldier on trying to bridge the divide, knowing that a frayed intimate relationship is sometimes the price paid. Others go undercover and hide their partisanship--often by claiming to be independent--thinking this might be better than revealing their beliefs. Recent research, however, suggests that the increasing number of undercover partisans has led to citizen inaction which threatens our democracy.

The Pew Center reports that the percentage of citizens identifying as independents has doubled in the last half century from 20% in 1960 to 40% in 2014. Considerable attention has been focused on how these citizens might vote, especially during presidential elections when their sheer numbers have the potential to swing the outcome toward one party or the other. Many of the "undecided" voters in the 2016 election, for example, claimed to be independent, and it's generally assumed that they broke late for Donald Trump, particularly in key battleground states, thereby handing him the victory.

But, who are these self-proclaimed independents really? They're often portrayed by the media as objective observers of politics, unsullied by partisanship, who carefully consider each candidate's positions before casting a "rational" vote. In this view, winning the election means tailoring a narrative that appeals to as many of these independents as possible. However, political scientists have demonstrated that most "independents" consistently vote for one party—they're not really up for grabs. Why are so many voters hiding their party affiliation by claiming "independence" and how does this behavior affect our political system? According to the authors of the book Independent Politics, self-described independents view the labels of democrat and republican negatively, so they go undercover to avoid a perceived stigma even though they regularly support one party. This behavior is especially true for voters who care deeply about what their friends and families think of them.

The problem with avoiding partisan labels is that it translates into a reluctance to more outwardly express one's true beliefs by wearing campaign buttons, displaying candidate yard signs, and most significantly, engaging in political talk with others. A long line of research has shown that these simple public displays of partisanship are the most persuasive types of political participation, with face-to-face discussions being the most influential method. If we're afraid to talk politics in polite company, how can we ever find common ground on how to address our shared challenges? By going undercover, so-called "independents" have weakened the connections necessary to a robust two-party system, and have helped sap the vitality from American democracy.

Kirk, Karin, Yale Climate Connections Finding common ground amid climate controversy. Have your students use Karin's method to explore their own climate change perceptions. Help them research and pose climate solutions that reflect on their views and the 6 common views of Americans.

SERC, How to teach with structured academic controversy. Help students build trust and respect for each other by supporting an open forum for conversation in spite of differences, identify and define the controversy working to dismantle misconceptions through content engagement, continue to allow students to reflect and respond.

Yale Center for Teaching and Learning Teaching Controversial Topics. Key tenants for engagement include respect, backing claims up with evidence, and exploration of biases and confusion moving toward informed opinions. Resources on this page include liberation pedagogy, or supporting critical awareness; civic humanism or responsible civic action; and teaching with academic detachment, or moving controversy into a topic for thoughtful and respectful analyses.

More ideas are in Designing Courses around Issues, or incorporating Political Activities into Your Course, or starting a conversation with your community via Op-Eds, Blogs, and Social Media or by Hosting a Political Event.