Suzan van der Lee and Emily Wolin discuss how SPREE researchers use seismic data to image the structure beneath the Earth's surface and are trying to discover why forces began to split the continent apart to form an ocean in the area that is now Minnesota and Wisconsin and why this rifting didn't happen.

Emily describes her involvement with the Superior Province Rifting EarthScope Experiment (SPREE) and explains her love of geology fieldwork and how she became interested in geology.

Drs. Seth Stein and Suzan van der Lee describe how EarthScope seismometers are being used to understand the extent and origin of the North American Midcontinent Rift. 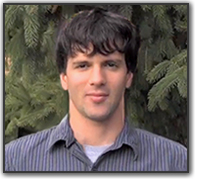 Trevor Bollmann, a Northwestern University graduate student, talks about SPREE station components and the work being done by the project's participants.

This video news release profiles Emily Wolin and Joseph Walkowicz and describes the steps involved in siting for the EarthScope Transportable Array stations.