In this Lab students focus their attention on an area significantly larger than their study site as they apply their developing knowledge of local Earth system interactions to the regional scale. Although the scale changes, the questions remain the same. How does organism or process or event "A" influence, or become changed by organism or process or event "B"? Specifically, in what ways is my local region interconnected with adjoining regions? What types of matter and energy cross the regional boundaries to help define and shape the neighboring regions? 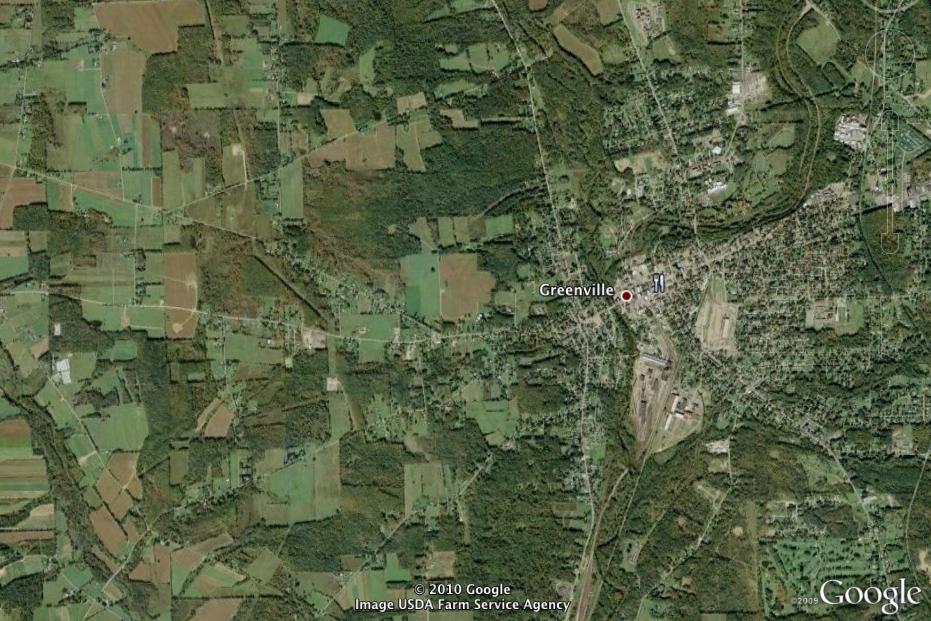 If students do not have access to computers with Google Earth, they'll need to download that program in Part B of this Lab.

For more information about the systems and regions, read the section titled Background Information under Additional Resources below

In Part A: Students will look at diagrams and descriptions of study sites from other regions, and compare them with their own.

In Part B: Students will use Google Earth to define a region around their local study site.

In Part A: The sketches of four different regions that students study may dramatize the concept of regional differences, but they also set the stage for helping students to think about some of the factors that can define a region, including climate and water resources. The key questions are: In what ways are these regions similar, and in what ways are they different?

In Part B: It's likely that many students will use human-made vs, natural boundaries to define a local region. This can help keep a defined region a manageable size in terms of understanding its character and identifying the inputs and outputs of energy and matter. However, this may also result in the local "region" being very similar in many ways to the surrounding regions. This will not detract from the process of identifying ways in which matter and energy move into or out of a region, and the ways in which such inputs and outputs help shape the nature of the region.

If you have access to technology such as a SmartBoard, consider having students project their Google Earth image, draw the boundaries on the image, and label the inputs and outputs. Different student groups can use different colors so that the entire class has their information on the board. This would be an excellent way to have a class discussion about the study site and regional influences.

In Part C:: You may want to give your students an opportunity to discuss systems, both open and closed, in a more general way before they start work on Part C. Can a bicycle be thought of as a system? Is a bicycle also an interacting set of systems? What are they? Can they define the interacting elements of the circulatory system? Is it an open or a closed system?

Lab 3 activities have been correlated to the following National Science Education Standards.

12CLS5.6 As matter and energy flows through different levels of organization of living systems — cells, organs, organisms, communities — and between living systems and the physical environment, chemical elements are recombined in different ways. Each recombination results in storage and dissipation of energy into the environment as heat. Matter and energy are conserved in each change.

12DESS2.2 Movement of matter between reservoirs is driven by the earth's internal and external sources of energy. These movements are often accompanied by a change in the physical and chemical properties of the matter. Carbon, for example, occurs in carbonate rocks such as limestone, in the atmosphere as carbon dioxide gas, in water as dissolved carbon dioxide, and in all organisms as complex molecules that control the chemistry of life.

Remember that a system is defined as a set of elements that interact within a boundary. Systems are characterized in different ways, depending on how they interact with the environment that exists outside of their boundary.

A closed system is one that may exchange energy but not matter with the environment that exists outside of its boundary. Earth is essentially a closed system. Energy from the sun crosses the boundary (top of the atmosphere) to enter the system, and energy radiates into space. Meteoroids add tiny amounts of matter to Earth, and space vehicles sometimes remove matter, but these are insignificant in comparison with Earth's mass, so it is considered a closed system.

An isolated system is one in which neither matter nor energy cross the system boundary. In reality, no system is truly isolated, but in certain realms of mathematics or science it is sometimes useful to consider a system as isolated for purposes of analysis.

What is a region?

A natural region is a geographic area larger than the local study site that is characterized by some common natural feature or features that differentiate it from neighboring regions. Examples of natural regions include a mountain range, an urban area, a watershed, a peninsula, a hardwood forest, and a coastal plain.

One can also consider as a region an area defined by human-made boundaries such as highways and railroad tracks. Such regions may not be distinct from the areas on the other side of their boundaries, but they can nevertheless be studied in the context of earth system processes.

A region that is useful for classroom study is most likely one that is smaller than most natural regions, one that has an area students find manageable to study. You can use maps from Google Earth or Google Maps as resources when students work to define a region.

Regions will have the same types of interconnections between elements that occur at the local level, but in addition, regions interconnect at a different scale. Regions exchange both matter and energy with other regions, in a variety of ways. For example, a region's inputs or outputs related to the atmosphere can include heat energy, dust particles, and liquid or frozen precipitation. Flowing water (the hydrosphere) will similarly move matter and energy into and out of regions. Human traffic and the movement of birds and other animals (biosphere) across regional boundaries are also responsible for exchanges at the regional scale. Another significant input to a region is the heat and light it receives from the sun, which changes across the seasons as well as from day to day.

The nature of a region depends not only on what is within its boundaries but also on the inputs to and outputs from the region. When these inputs are outputs change, the region itself changes. A region will change (short term or long term) if atmospheric changes result in more or less precipitation coming into the region, or if a dam is build upstream or downstream, or if the prevailing wind changes, or if there is a dramatic influx of people into or out of the region.