"How can I help?": Evidence of changing student attitudes about climate change at a private four-year liberal arts college 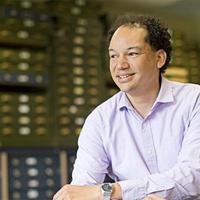 Kevin Theissen, University of St. Thomas (MN)
As part of a larger study of student learning about climate change, I have collected survey data in my introductory-level paleoclimatology course, "The Earth's Record of Climate", since Fall 2012. Here, I share results of the surveys which suggest changing attitudes about climate change among college students at my institution over the last seven years. My focus is on results of surveys given on the first day of class, but differences in pre- and post-survey results are discussed as well.
97% of students polled on the first day of class in Spring 2019 agreed or strongly agreed that Present-day climate change is the result of human behavior. In contrast, only 56% of students agreed or strongly agreed with this statement when polled on the first day of class in 2012. In response to the prompt, What questions do you have about climate change?, the written responses of a notably greater proportion of students in the 2019 offering (52%) have questions on the subject of "What can I/we do to help/fix/solve the climate problem?" than do the 2012 cohort (9%) and two other cohorts that were surveyed over the past seven years. Responses reveal that a clear majority of students in both the 2019 and 2012 cohorts recognize that climate change will directly affect them, but a significantly greater percentage of the 2019 cohort indicate that they personally can limit the effects of climate change than the 2012 cohort (90% versus 64%). These data should be interpreted as qualitative rather than quantitative in nature, but at minimum they suggest that our students feel a greater sense of agency, and they desire more content about the kinds of actions they can take to resolve climate change.

How Can I Help? Evidence of Changing Student Attitudes About Climate Change at a Private Four-Year Liberal Arts College (Acrobat (PDF) 636kB Jul13 19)