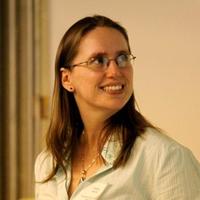 Previous research has shown that students' positive experiences in introductory geology courses may play a role in recruiting majors. This study aims to describe how student interest and desire to major in the geosciences varies throughout the semester based on two course characteristics, instructor (professor/teacher assistant) or geoscience topic.

We created an instrument that asked students to identify the geoscience topic recently covered in class or lab, and then to rate their current level of interest and desire to major. We surveyed nearly 200 students in 13 non-major introductory geology course sections taught by 7 professors/teacher assistants (TAs) in a two- and a four-year institution in Rhode Island. The survey was administered multiple times throughout the semester, varying between 4-9 times per section.

There was little to no upward or downward trend in student interest over the course of the semester in the different course sections. However, we found that interest in the geoscience topic was medium to high and that it varied by professor/TA, as well as by topic. Desire to major in the geosciences was low to medium and also varied by professor/TA. There was a slight increase in desire to major in some of the course sections.

Our findings indicate that the professor/TA plays an important role in student interest and desire to major in the geosciences. Although our data show little correlation between situational interest and desire to major, we hypothesize that as students learned more about the geosciences, they became more receptive to majoring in it. More research is needed to identify what aspects of the professor/TA (e.g. delivery, culture, etc.) and what aspects of the topics have the greatest impact on interest, and whether or how these aspects ultimately factor into students' decision to major.
« View More Poster Sessions