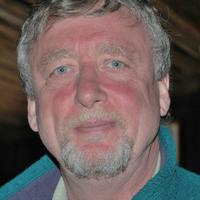 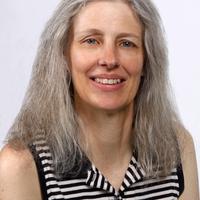 Diane Doser, University of Texas at El Paso
The Traveling Workshop Program was initiated in 2009 with a modular structure design that that allowed participants to build a workshop around topics such as Assessment, Curricular Design, Preparing Your Students for the Workforce, Beyond the Curriculum, and others. By the summer of 2014 it was clear that topics such as SWOT analysis, and Envisioning Your Department were essential starting points for all departments. The modified workshop design now consists of the "core" sessions and a number of optional topics.

A goal of the Traveling Workshops Program was to provide information of value to all types of geoscience departments. To date, there have been 37 workshops (21 in the first round and 16 in the second) involving nearly 300 faculty members. Public universities have hosted 28 workshop and 9 were conducted at privately-funded institutions. As some of the original facilitators left the TWP, others have joined, and the number of trained people has increased. New expertise has been added to support workshops for interdisciplinary environmental science programs.

Most of the workshops (18) were held at doctoral universities (as defined by the Carnegie Classification of Institutions of Higher Education). Masters colleges and universities account for 12 workshops and baccalaureate colleges for 5. In addition, one workshop was conducted for a group of community colleges and one was in Canada, and therefore not classified by the Carnegie system. If the finer classification within each these institutional types is considered, the largest number of workshops (11) have been held at Master's College and Universities: Larger Programs.

Workshop facilitators have shared their experiences and some general observations have emerged. Facilitators regularly find that: 1) many of the same issues are shared by departments of all kinds and sizes; 2) collegial relations among the faculty and maximum participation by them is essential; 3) many departments are interested in how other departments have managed similar problems. Perhaps most importantly we have found that the 2-day format is by far the best. The longer schedule allows maximum time for Action Planning during the workshop. The more planning that occurs during the workshop, the more likely that effective action will follow.

The workshops have been given uniformly strong evaluations by the participants. During the current round of workshops the average score (with 10 indicating the highest degree of satisfaction) from the 93 participants is 9.15 with a standard deviation of 0.94. Comments made on the evaluation form consistently show that the "core curriculum" (e.g., SWOT analysis, envisioning your program, curriculum revision, assessment, etc.) is being well implemented. Many participants have encountered ideas and methods that are new to them (e.g., matrix mapping of curriculum). Perhaps most importantly, a strong majority of the participants feel more hopeful about their ability to influence the future of their programs.
« View More Poster Sessions