Each workshop participant brought an image that represents their interests in the field of geology and human health. The images were passed around randomly. Each participant had to find the person who was holding their image, then explain what the image was showing. This fostered conversations about different perspectives in geology and health. As you can see, a broad spectrum of interests were represented here. 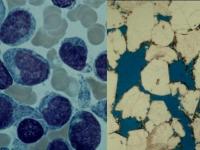 Scott Bair
Image of leukemic cells (stained blue) and healthy red blood cells (off white) in contrast with an image of the pores (blue) in a sandy sediment sample. These are metaphorical images, best viewed side by side, symbolizing the cluster of childhood leukemia cases and the movement of contaminants to two municipal wells at Woburn, Massachusetts.

Janice Barlow
A map of the high incidence of breast cancer in Marin County, CA

Ray Beiersdorfer
Plunging my hand into a 'hot' spring. But is it really hot?(no) 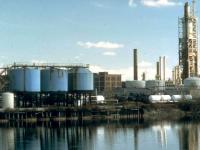 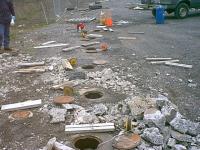 Jeff Chiarenzelli
A row of six-inch biowells at a hazardous waste site in Utica, New York about to receive a healthy dose of oxidant.

Nelson Eby
The Monchegorsk smelter, Kola Peninsula, Russia, has been a major source of air, soil, and water pollution. Contaminants from this smelter have had a wide impact on the health of residents over a broad region of the Kola Peninsula. 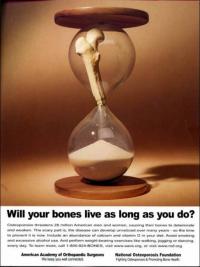 Martin Golhaber
The image shows a plume from a coal fired power plant. I have been working on the impact of particulate emissions from northeastern US power plants on sediments and soils. These emissions include potentially toxic trace elements such as arsenic and mercury. 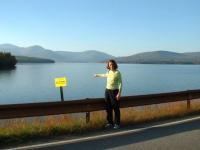 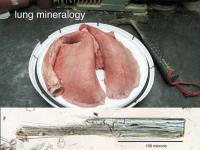 Mickey Gunter
The center of the photo shows sheep lungs and begs the question "What is the mineral content of these lungs?" (Note rock pick for scale.) The bottom of the photo shows a single particle of amphibole from Libby, Montana. And this one begs the question "Is this a asbestos, or not?" My view would be the left side would be considered asbestos while the right side would not be. These sorts of particles present a challenge for routine morphological characterization.

Andrew Knudsen
Electron microprobe of Pb-contaminated soils from the Couer d'Alene river valley. The image on the left is a BSE image, the smaller figures to its right are Pb and Fe abundance "maps" of the same grain. This is a fairly typical grain, showing a strong affinity between the Pb and poorly crystalline Fe-oxyhydroxides (determined by XRD).

William Manton
A cider press from southern England. Apples were placed in the circular stone trough and were crushed by the large wheel which rotated about an axle attached to a post in the center. Some kind of a harness was attached to the wheel to allow it to be pulled by horses. By virtue of its size the trough had to be made in sections and an obvious problem was how to make to joints between them free of leaks. In the county of Devon it was the practice to seal the joints by pouring in molten lead. The soft metal was macerated by the heavy wheel and the fine particles dissolved in the acidic apple juice. The resulting disease was known as the Devonshire Colic. In 1767 Sir George Baker correctly identified it as lead poisoning and traced it to the cider. Both he and Benjamin Franklin were fellows of the Royal Society and some say that Franklin, being familiar with lead poisoning from the printing trade, may have assisted Baker. 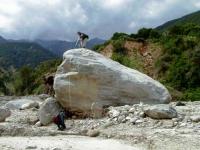 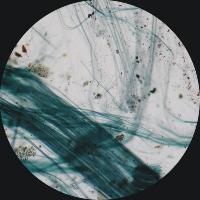 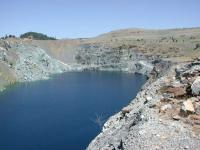 Kaye Savage
Overview of the Harvard pit at Jamestown, California, in the Mother Lode gold mining district. Arsenic concentration in the pH 8 lake is approximately 1000 ???g/L. Sources include both ground water, and efflorescent weathering products of arsenian pyrite which accumulate on the pit walls in summer which are washed into the lake during early winter storms. 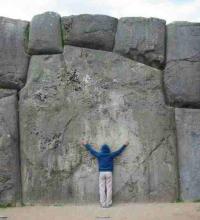 Jill Singer
Kids enjoying a summertime swim in the Buffalo River, which has been contaminated with industrial pollutants. 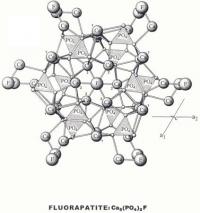 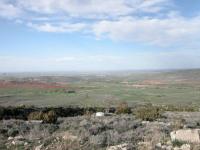 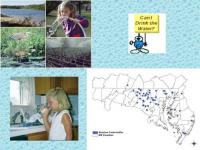 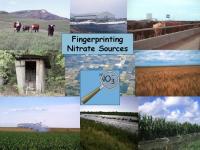 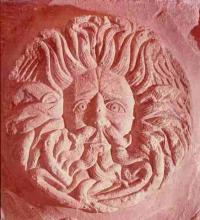 Kenneth Verosub
God of the baths from Bath, England 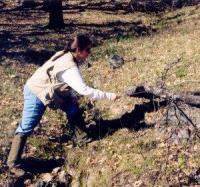 Caryl Waggett
One of my major research interests is reducing exposure to Lyme disease, an infection caused by a spirochete transmitted by a tick. In California, we have found that there is a borreliacidal factor in the blood of lizards, one of the preferred hosts of the nymphal stage of the vector tick, that reduces the force of pathogen transmission. In the image, I am collecting lizards using a fishing rod and a noose, which can be used to collect the lizards unharmed. Ticks feed on the lizards in the nuchal pouch (behind the ear drum). While biotic factors influence dispersion of ticks (host distribution and density, vegetation), there appear to be numerous abiotic and climatic features that influence tick density as well, including soil structure, pH, and relative humidity. Further, larger-scale processes influence density as well, including El Nino cycles, drought cycles, regions with glacial till, and land use patterns by humans--including suburban sprawl expansion and deer management.

Yan Zheng
The concentration of arsenic in 6000 tube wells in Bangladesh, from Columbia University's SBRP program