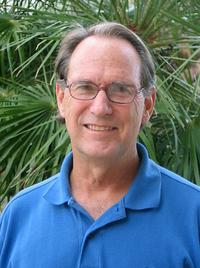 Department of Geosciences, University of Arizona

Randy Richardson is one of the leaders of the 2010 "Early Career Geoscience Faculty" Workshop. This profile is based on an interview conducted by Carol Ormand on May 5, 2006.

Click on a topic below, or scroll down to read the entire profile: Teaching philosophy * Research interests and approach * Service activities * Balancing responsibilities * Advice for new faculty

Randy's teaching philosophy
Randy's main goal in teaching is to have his students actively engage in the learning process. Coupled with his high expectations for student learning, he expects a lot of himself—being available, supportive, and knowledgeable, so that he can guide their learning effectively. Since he loves to teach, he welcomes this challenge.

Randy's interest in education started at any early age; he grew up in a family of educators. His father was a professor at UCLA and his mother was an elementary school teacher. His university teaching skills, however, did not develop until he began his first faculty position, because he hadn't seen a lot of good college-level teaching. When he started at the University of Arizona, a lot of his initial experiences were team teaching with master teachers. The University had the resources to make this possible, he explains, and it was a great way to learn how to teach.

Research interests and approach
Randy's research interests fall into two categories: geophysics and science education. In geophysics, he is interested in modeling deformation in the Earth and trying to understand the forces that cause that deformation. To tackle these goals, he uses computer modeling, especially finite element models, with data from rock mechanics, seismology, or other sources such as the geoid.

In the field of science education, Randy's interests range from faculty development (especially the transition from graduate school to faculty member), effective teaching methods for large classrooms (particularly with non-science majors), quantitative literacy (again, particularly for non-science majors), and the connection—or lack thereof—between K-12 science preparation and college level science teaching. These interests are a natural outgrowth of Randy's lifelong interest in good teaching and the learning process. However, he was not willing to take the risk of pursuing research in science education before he had tenure. In his department, dedication to science education is accepted, but is not valued as highly as scientific research.

Becoming Vice President for Undergraduate Education at the University of Arizona deepened Randy's interest in doing research in science education. It made him think about what he wanted the 28,000 students to take away from their science classes, several years down the road. He especially thought about what the non-science majors should get from their science classes.

Service activities
Randy is currently the interim head of the Department of Geosciences at the University of Arizona, and was recently involved in higher levels of the university administration. By his upbringing and constitution, he says, he values service. He likes working with people, trying to articulate a vision. In the early years of his career, Randy channeled this energy into his teaching. Over the course of his career, the range of his service activities has broadened. However, he has always looked for service opportunities that will do some good, and be of value.

Strategies for balancing teaching, research, and other responsibilities, or for balancing work and personal life
Randy acknowledges that balancing one's responsibilities is quite a challenge. He did not manage to develop a particularly good balance in his own life until he was able to stop worrying about what others thought of him, and focus on his own priorities. This did not happen pre-tenure, he says—up until you have tenure, what other people think of your work matters a great deal, and it's hard to ignore that. In fact, in his first year of teaching, when he brought his infant son to work (wanting to be an equal parent), his colleagues asked him why he was babysitting. Randy found that, pre-tenure, his career was all-consuming.

Post-tenure, however, Randy was able to gain a new perspective, and to make changes in how he spent his time. The key, he says, is to figure out what your values are, and to live your life accordingly. In fact, he goes on, failing to get tenure is not the worst thing that could happen to you; living a valueless life is much worse. Beyond that, he says, you also need to find ways to be efficient—find things you can do that will "count" twice or three times, and learn to say 'No.'

Advice for early career geoscience faculty
Live life intentionally, says Randy. It's too easy to let life happen to you. Instead, spend some time figuring out who you want to be and how to get there, and do it.

He goes on to say, understand that failing to get tenure serves both the institution and the individual. For example, what if you don't like to write? What kind of a life would you have, if you got tenure at an institution that expected a high rate of publication and grant-writing? You're probably better off finding employment somewhere that better matches your skills and interests.