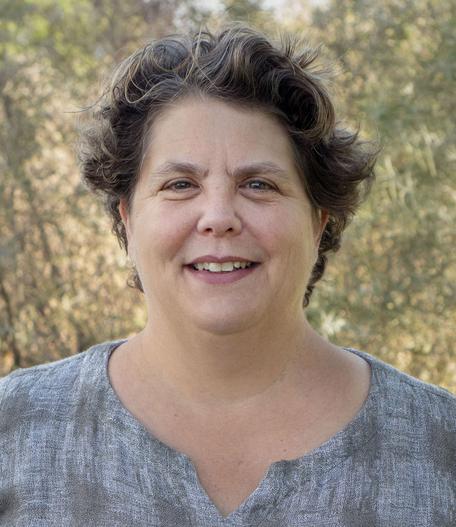 Shelley E. Olds has been an Instructional Designer at the non-profit, NSF-funded consortium, UNAVCO https://www.unavco.org/ since 2006. She leads the curriculum development efforts for k-12 school and free choice learning environments with the USGS ShakeAlert® https://www.shakealert.org/ program, collaborating with partners to create learning modules incorporating GPS data and coding to visualize geoscience hazards, and extending geodetic-focused lessons to use online data-tools. Shelley has been leading formal science curriculum, informal education exhibit, and professional development training programs for over 20 years.

Explore natural hazards in seismically active regions using geodetic, earthquake, and societal data. part of Undergraduate Research:2014 Workshop:Activities
Students conduct a regional seismic hazard analysis of a region of the United States of their choosing*. Using on-line data, they bring together and investigate the interaction of multiple types of data [ground ...

Reading Time Series Plots part of Online Teaching:Activities for Teaching Online
This activity provides a brief introduction to GPS and provides a student activity to practice creating and reading time series plots with simplified GPS data and with authentic GPS data from Iceland.

Converging Tectonic Plates Demonstration part of Geodesy:Activities
During this demo, participants use springs and a map of the Pacific Northwest with GPS vectors to investigate the stresses and surface expression of subduction zones, specifically the Juan de Fuca plate diving beneath the North American plate.

Science with Flubber: Glacial Isostasy part of Geodesy:Activities
Using two sets of flubber, one representing the Earth and one representing a glacier, demonstrate how the crust sinks and rebounds to the weight of a glacier, and how this motion can be measured using GPS.Flubber is a rubbery elastic substance, a non-Newtonian elasco-plastic fluid, that flows under gravity, but breaks when under high stress. Flubber is useful for demonstrating a wide range of Earth and glacier processes.

Earthquake Early Warning Demonstration part of Geodesy:Activities
This hands-on demonstration illustrates how GPS instruments can be used in earthquake early warning systems to alert people of impending shaking. The same principles can be applied to other types of early warning systems (such as tsunami) or to early warning systems using a different type of geophysical sensor (such as a seismometer instead of a GPS).This demo is essentially a game that works best with a large audience (ideally over 30 people) in an auditorium. A few people are selected to be either surgeons, GPS stations, or a warning siren, with everyone else forming an earthquake "wave."

Pinpointing Location with GPS Demonstration part of Geodesy:Activities
Using string, bubble gum, and a model of a GPS station, demonstrate how GPS work to pinpoint a location on Earth.Precisely knowing a location on Earth is useful because our Earth's surface is constantly changing from earthquakes, volcanic eruptions, tectonic plate motion, landslides, and more. Thus, scientists can use positions determined with GPS to study all these Earth processes.

Episodic tremor and slip: The Case of the Mystery Earthquakes | Lessons on Plate Tectonics part of Geodesy:Activities
Earthquakes in western Washington and Oregon are to be expected—the region lies in the Cascadia Subduction Zone. Offshore, the Juan de Fuca tectonic plate subducts under the North American plate, from northern California to British Columbia. The region, however, also experiences exotic seismicity— Episodic Tremor and Slip (ETS).In this lesson, your students study seismic and GPS data from the region to recognize a pattern in which unusual tremors--with no surface earthquakes--coincide with jumps of GPS stations. This is ETS. Students model ductile and brittle behavior of the crust with lasagna noodles to understand how properties of materials depend on physical conditions. Finally, they assemble their knowledge of the data and models into an understanding of ETS in subduction zones and its relevance to the millions of residents in Cascadia.

Introduction to Graphing GPS data | Lessons on Plate Tectonics part of Geodesy:Activities
This activity emphasizes making graphs—in order to make interpreting graphs easier. Students graph data measuring how GPS stations move north or south and east or west. They begin by graphing fictitious data and progress to graphing data from several stations in the western United States. Eventually they graph north-south vs. east-west motion of a station in order to see that another purpose of plotting data is to make maps. They also develop intuition about vectors.

Measuring Plate Motion with GPS: Iceland part of Geodesy:Activities
This lesson teaches middle and high school students to understand the architecture of GPS—from satellites to research quality stations on the ground. This is done with physical models and a presentation. Then students learn to interpret data for the station's position through time ("time series plots"). Students represent time series data as velocity vectors and add the vectors to create a total horizontal velocity vector. They apply their skills to discover that the Mid-Atlantic Ridge is rifting Iceland. They cement and expand their understanding of GPS data with an abstraction using cars and maps. Finally, they explore GPS vectors in the context of global plate tectonics.

Exploring California's Plate Motion and Deformation with GPS | Lessons on Plate Tectonics part of Geodesy:Activities
Students analyze data to study the motion of the Pacific and North American tectonic plates. From GPS data, students detect relative motion between the plates in the San Andreas fault zone--with and without earthquakes. To get to that discovery, they use physical models to understand the architecture of GPS, from satellites to sensitive stations on the ground. They learn to interpret time series data collected by stations (in the spreading regime of Iceland), to cast data as horizontal north-south and east-west vectors, and to add those vectors head-to-tail.Students then apply their skills and understanding to data in the context of the strike-slip fault zone of a transform plate boundary. They interpret time series plots from an earthquake in Parkfield, CA to calculate the resulting slip on the fault and (optionally) the earthquake's magnitude.

Detecting Cascadia's changing shape with GPS | Lessons on Plate Tectonics part of Geodesy:Activities
Research-grade Global Positioning Systems (GPS) allow students to deduce that Earth's crust is changing shape in measurable ways. From data gathered by EarthScope's Plate Boundary Observatory, students discover that the Pacific Northwest of the United States and coastal British Columbia — the Cascadia region - are geologically active: tectonic plates move and collide; they shift and buckle; continental crust deforms; regions warp; rocks crumple, bend, and will break. In this module, students use data, hands-on physical models, and computer simulations to understand subduction zone tectonics, plate tectonics, earthquakes, tsunamis, faulting, and folding. The initial activity uses hands-on physical models to develop intuition about deformation and distortion to qualitatively understand and interpret strain. Students learn about deformation and how as segments of the crust move, rotate, and change shape (distort) under the influence of plate tectonics, the land is deformed. (The distortion of the land is called "strain"). They analyze data measuring crustal processes that escalate towards earthquakes and other seismic events. The module teaches about great earthquakes and resulting tsunamis. It has a special focus, though, on GPS data that show Cascadia gradually deforming—until the next great quake (Mw 8.5 or greater) occurs. Students use mathematics in the deformation lessons: they can use math as basic as the Pythagorean theorem or as sophisticated as matrix algebra in the context of vectors. Materials explicitly connect science and math.

Geodetic Learning Resources for Your (Virtual) Classroom part of Earth Educators Rendezvous:Previous Rendezvous:Rendezvous 2021:Program:Share-a-Thon
Learning modules and supplemental materials focused on geodesy and geodetic applications are freely available to educators through UNAVCO Education and Community Engagement. In this Share-a-thon, we will share a ...

Geodetic Learning Resources for Your Classroom part of Earth Educators Rendezvous:Previous Rendezvous:Rendezvous 2018:Program:Share-a-Thon:Share-a-Thon Presentations
UNAVCO Education and Community Engagement has developed learning modules and supplemental materials focused on geodesy and geodetic applications that are freely available to educators and the public. In this ...

Educational Resources to support ShakeAlert®, the Earthquake Early Warning System for the West Coast of the United States: Development and Assessment part of Earth Educators Rendezvous:Previous Rendezvous:Rendezvous 2021:Program:Poster Sessions:Friday:Poster Session II
Over 143 million people live in an earthquake prone region of the United States. Over 55 million people (or one-third) live in Washington, Oregon, and California, face much of this earthquake hazard and risk. In ...

Geodesy for everyone: Educational resources to incorporate geodetic data and concepts into instruction and activities part of Earth Educators Rendezvous:Previous Rendezvous:Rendezvous 2018:Program:Poster Sessions:Friday
Geodesy is the study of Earth's shape, gravity field, and rotation. Geodetic applications and data are used to understand many societal issues such as land surface change, drought monitoring, climate change, ...

Helping your students find their career path and options in geosciences part of Earth Educators Rendezvous:Previous Rendezvous:Rendezvous 2018:Program:Poster Sessions:Friday
While students often choose to study and major in geosciences because of their love of the discipline, they may not be aware of what career options are available following graduation. Perhaps even more critically, ...