At the turn of the last Century, municipalities throughout the northeastern U.S. provided street lighting for citizens through lanterns fueled by volatile gases generated by coal gasification plants. Coal tar waste, a black tarry polycyclic aromatic hydrocarbon-rich byproduct, presently is buried near thousands of mostly urban coal gasification sites throughout the region. Because the coal tar waste in South Glens Falls was buried in a hydrogeologically simple setting, this site was chosen as an ideal situation for deciphering complex chemical and microbiological processes that influence the fate of coal tar waste materials. Naphthalene is one of the most abundant and soluble of the coal tar-derived compounds. 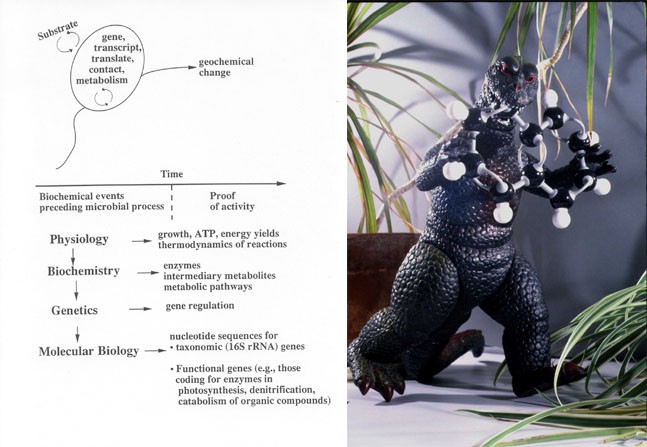 Copyright on all images and material by Eugene L. Madsen, and William C. Ghiorse - 2006.