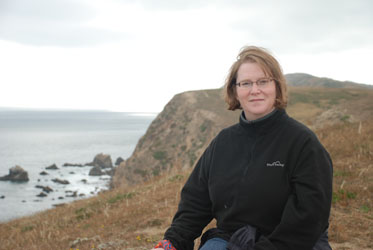 An introductory course for students who have had one introductory science or math course previously. This course counts as an elective for the environmental studies major.

Hide
ENTS 287: Climate Science
In this course, we will explore the state of the science of the modern global climate. The course will include a discussion of the impact of greenhouse gases and aerosol particles on the global climate system, and attention will be paid to understanding global cycles as well as global climate models. In order to understand the underlying science, geoengineering schemes to "fix" the global climate system will be investigated. Throughout the course, our emphasis will be on a quantitative, scientifically rigorous understanding of the complex climate system. Prerequisites: One introductory course in Biology 125 or 126, Chemistry 123 or 128, any 100-level Geology, or Physics (two five-week courses or one ten-week course from 131-165) and Math 111 or 215, or consent of the instructor 6 credit; Does not fulfill a curricular exploration requirement, Quantitative Reasoning Encounter.

Hide
By the end of this course, I hope students will be able to:

My Climate Science course is an introductory-level course, although it requires students to have one college-level math or science course as a pre-requisite. It is typically taught with a mix of lecture, discussion, and student-directed projects, so the activities in this module fit right in!

When I taught this course previously, my students and I had discussed the complexity of Earth's climate system throughout the course, but we had not taken the time to specifically develop the tools for describing complex systems through diagrams, as this module helped us do. The students were able to transfer these skills to all aspects of their course, and hopefully into other areas, as well.
In the offering of the course where I used this module, my students were always drawing systems diagrams and were specifically using the methods, vocabulary, and habits of mind that they developed through the material in the module, in all aspects of the course.

I used the module essentially as-is. The only way I changed things for my course was that I did not use the PowerPoint presentations in Units 1 and 2, but instead led discussions with the students, where I (or they) drew on the board to illustrate points.

My course is 9.5 weeks long (28 class meetings), and I started the module right at the beginning. I did Units 1 and 2 on the second and third days of class. Units 3 and 4 were done about 1 month later, one week apart. Units 3 and 4 were done around the same time that we were learning to use EdGCM, a climate model, and working with simulation results from it. I introduced the bathtub models as a way to actually work with the individual calculations that are within a climate model, one at a time. Unit 5 was done just after Unit 4, right after we had a deep foray into the Carbon Cycle, because of an article that we had read and discussed in class. We developed our own (partial) model of the Carbon Cycle in that conversation. Thus, I chose to use the Carbon Cycle example for this unit, so that we looked at a complete version. Unit 6 was done on the second-to-last day of class.


Unit 1: I used this unit to launch the content of the Climate Science class. It got us situated in how to think and talk about complex systems, which we drew upon throughout the rest of the course. The radio piece about fires and their impact on ice albedo was something we came back to multiple times in the course, in subsequent discussions of Earth's radiative balance, aerosols, short-lived climate forcers, and other topics.

Unit 2: We completed Unit 2 immediately after Unit 1. We started class with a discussion about the functional form of response of variables versus time, to introduce the quantitative nature of the system diagrams, and about the fact that the components of the systems diagram that are buried or not included depend on the perspective of the person drawing it, so that the perspective of the creator of the diagram matters. This introduced a more critical approach to the problem. The students drew diagrams, did a gallery walk, and revised their diagrams. The homework assignment was highly successful, with students coming up with various interesting local systems. The system described by the largest number of students was the campus post office. After Unit 2, nearly every student automatically drew a systems diagram whenever we were discussing a complex system.

Unit 3: We waited too long to get to Unit 3, for a variety of reasons, but we used it as a quantitative introduction to modeling just after embarking on a class project to use EdGCM (more info) , a Global Circulation Model that allowed students to engage with a research-grade climate model. We started by looking for an inflow-reservoir-outflow component in the system diagram that they drew in Unit 2 (after reforming the groups and handing back a printout of their submitted Unit 2 model). When asked to think about equilibrium, and to estimate values for the reservoirs and fluxes, they were comfortable with the former and struggled with the latter. They then used the STELLA models in the ISEE Viewer, which students downloaded onto their own laptops at the beginning of class. This gave the students a chance to see how adjustments to reservoirs and fluxes could dramatically affect system behavior. They were able to extrapolate this experience to the individual calculations that occur in the GCM, which was a nice way to give them a feel for what was happening "behind the scenes" in it. They were interested in exploring the equations behind the exercises that were provided, and found the illustrations to be helpful. We needed to do another activity at the end of the class period, meaning we had only 35 minutes for the unit, so students finished Experiment 2 and did the homework on their own after class.

Unit 4: Unit 4 was done a week after Unit 3, based on the specifics of our course schedule. Students were ready to go, and we discussed the real-world examples quickly, with a longer discussion about the fact that reinforcing feedbacks can be "friend" or "enemy" — that it is context-specific. The students made good progress through the investigation of feedbacks, completing most of the second experiment before we had to stop to move on to another scheduled activity. They completed the work and the homework after class.

Unit 5: We did a project related to The Carbon Cycle right before working on Unit 5, so we used this as the example in Unit 5. As a result, we were well primed, and dove right into looking at this system and thinking about what could be represented quantitatively. The exercise went well once I gave them a specific outline to follow: step 1: Think about numbers: reservoirs and fluxes. Sketch graphs on half-sheets of paper. Must include 1 flux and 1–2 reservoirs, where at least one must change with time; step 2: Attach collage, including carbon cycle, to whiteboard; step 3: Gallery walk, looking at each others', and then adjusting their own if needed. They had good discussions, and they found it interesting to use content knowledge to flesh out the connections in the diagram. The discussion about how to learn what they needed to learn was engaged, and they had good ideas. The homework went well, and their responses showed a strong understanding of the need to bring in resources from a variety of sources to understand something as complex as The Carbon Cycle.

Unit 6: We did this activity on the second-to-last day of class, and used it as described: to assemble the types of concepts that we had discussed throughout the term. Students had already done the summative assessment for the module before this class; it was done as homework and was due this class period. For this exercise, I created a list of questions, based on the number of students in the class, and got them set up in initial pairs. I introduced the exercise to them as a "Climate Science Speed Dating" game, and they got the concept well, but were not fast enough in the first round. In subsequent rounds of discussion, I ended up choreographing their interactions more closely, calling time when they needed to switch which question they were discussing at 1.5 and 3 minutes, and telling them to switch to discussing how to link their topics. We went through three rounds of questions. This activity was a fun way to finish the term. The discussion afterward was a bit more challenging, as there were not specific topics that stood out as especially problematic to link.

I used all of the assessments that are included in the module. The most engaging to the students was the photo collage in Unit 2 — they took that assignment to heart and spent a lot of time on it, making really wonderful diagrams. They solidified their understanding through each of the exercises, and I think they all went well.

I anticipated that the students in my class would have a more specific and more disciplined way of discussing the "system" part of the climate system — the topic of the whole course. This was in fact the case, as after Unit 2, drawing system diagrams, and explaining course material using appropriate systems language, was a natural part of their discourse. The ability to work with the STELLA models enhanced our introduction to a GCM, shedding light on the inner-workings of such a model, although I believe that all of my students would have been happier working in the full version of STELLA, where they would have been able to adjust the model, rather than just the inputs. However, given the software availability, having the free viewer was fantastic. Overall, my students were more sophisticated in their formal engagement of systems throughout the course.