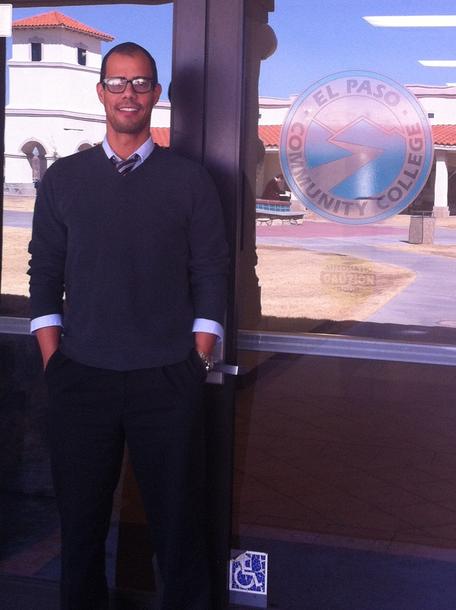 Provenance: Joshua Villalobos, El Paso Community College
Reuse: This item is offered under a Creative Commons Attribution-NonCommercial-ShareAlike license http://creativecommons.org/licenses/by-nc-sa/3.0/ You may reuse this item for non-commercial purposes as long as you provide attribution and offer any derivative works under a similar license.

An introductory course for non-majors.

GEOL 1403 is an introduction to the study of the materials and processes that have modified and shaped the surface and interior of Earth over time. These processes are described by theories based on experimental data and geologic data gathered from field observations.

This course has the following student learning outcomes (SLOs) that students are tested on after the completion of the course. Therefore upon successful completion of this course, the student should be able to:

The completion of this course fulfills four credit hours of the common core science block for the state of Texas and is transferable to all Texas universities and degree plans.

This course introduces the concepts which provide a foundation for the study of geology and geography, including the different elements of the natural environment as related to human activities and modes of living and map concepts .

Geology is such a dynamic subject that touches all aspects of our lives that getting students engaged and excited about it is often not an issue. Mineral resources, natural disasters, and local environments are subjects that students and instructors encounter every day that can be used to illustrate our connection to Earth and its systems. Often, though, our connections to these systems and the subsequent consequences of these connections are not so visible to students. Environmental justice is one such topic that is rarely discussed or taught but has profound consequences when students learn and recognize it. The concept of environmental justice illustrates the consequences of our actions to the natural world and to the individuals who live in it. Natural resources are often discussed in class in terms of their formation, locations, extraction, and uses, but rarely do the consequences of the usage of these resources go beyond the issue of depletion. We teach our students that Earth and its systems work in a complex balance of each other to ensure equilibrium and equality, therefore teaching our students about balance and equality among society, our resources, and the environment completes our task of educating our students about the world we live in.

Over the past few years I began to encounter a rapid demographic change in my classroom with an increase of millenial students. This shift in demographics would seem inevitable and obvious to most, but like at most two-year colleges, our student population was primarily non-traditional students (returning students, students over 35, single parents, after/before work students, and students with disabilities) with only a few recent high school graduates. These types of non-traditional students often flourish in lecture-only courses and thrive on solitary work assignments. Now, the trend at our institution is primarily recent high school graduates making up the bulk of our student body. For the first time in our institution's history, the median age of an EPCC student is now under 25! Therefore, I am constantly trying to enhance my teaching effectiveness. Students no longer respond well to lecture-only classes and seem to thrive on group work, instant feedback, and innovative pedagogy.

I typically teach four to five introductory geology classes per semester, so having an effective lesson plan that is engaging and simple is very desirable, since I will probably have to teach it four to five times in one week. The module was perfect in its ability to have all resources for students to access and use during a single class period with the capability to have students complete it out of the class.

The module was implemented during weeks 12 and 13 of a 16-week semester. Students had previously gone over the different concepts of minerals, rocks, geological setting and hazards as part of the course's required topics. As each topic was discussed, a related environmental justice concept was injected toward the end of the lecture or via a clicker question for further discussion. For example, after the earthquakes lecture, a discussion was started in class on the effects of recent tsunamis. Students were asked to compare the differences (preparedness of citizens, possible social classes, economic standing of the country, etc.) seen in YouTube videos of Banda Acheh from the Indian Ocean tsunami of 2004 and the tsunami of 2012 off the coast of Japan. As students observed the stark economic, social differences, and preparedness between both events, I posed the question: "Whose responsibility is it to ensure that adequate warning systems, education, and resources are available when events like these occur? Local government? National government? Citizens? or You and I?" Obviously there is no one correct answer, but these exercises allowed students to think about aspects of social, environmental, and economic justice that would be required for them to comprehend the issues of environmental justic. Students really got into these discussions on these issues and topics throughout the semester and were eager to point out local examples of environmental justice as we went along in the semester. As we approached the module, students were ready to be involved and had a clear understanding of what environmental justice is and how often the answer to social issues is not always clear.

Unit 4 and 5 were not covered due to lack of time.

I utilized all of the Environmental Justice embedded assessments for the units covered and found that the assessments indicated that the students developed a good understanding of what environmental justice was in the unit's topic. The assessments outcomes were correlated with clicker data that is regularly used in my classes to help me gauge their understanding of the material. The assessments and clicker responses showed that students achieved the objectives of the module units. Subsequent changes to the embedded assessments and teaching materials addressed the shortfalls. The integration of more clicker questions and activities into the module would be advantageous to those who have access to clicker technology.

Environmental justice was a challenging topic to include in an introductory geology course for many reasons, but it was well worth the added effort. Often when we teach our intro-science courses, we illustrate fundamental concepts in broad strokes to help facilitate the students' ability to learn and to get excited (because they are learning) about geology. Challenging the students to think about geoscience-related issues requires them to think like scientists, but when introducing them to issues regarding environmental justice, students must think in a different way. Introducing students to the concepts and issues regarding environmental justice gave my students a much broader sense of the natural world and the consequences of us using and living in it. Many students began to realize issues of environmental justice were closer to home than they expected. Living along the US/Mexico border with many of my students coming from or knowing migrant farms, my students were able to put a name to issues that they have seen and heard of their whole lives. Teaching with the environmental justice module also gave my students a way to find out how to address these issues by becoming proactive, informed members of a community.