The amount of water used for irrigation varies depending on the climate and on the crop being grown, and it also depends on the irrigation technique used. Just like in your garden or home landscaping there are more or less efficient sprinklers. In many parts of the world flood or surface, irrigation is still used where water flows across a field and soaks into the soil.

Furrow irrigation (Figure 4.1.8) is another type of surface irrigation in which water is directed through gated pipe or siphon tubes into furrows between rows of plants. When using furrow irrigation, water is lost to surface runoff, groundwater, and evaporation, and it can be challenging to get water evenly to an entire field. 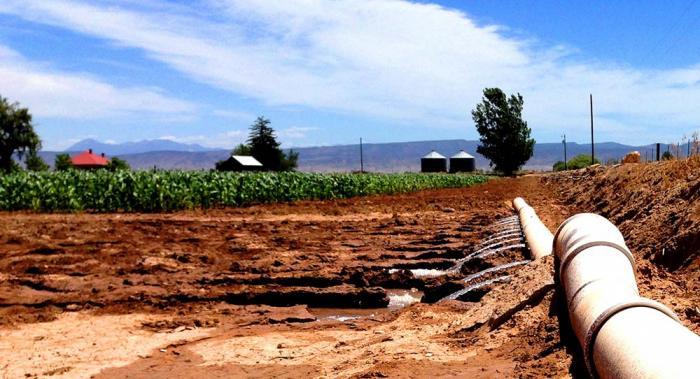 More efficient methods of irrigation include drip irrigation (Figure 4.1.9) sprinklers (such as center pivots, Figure 4.1.10), and micro-spray (Figure 4.1.11) irrigation. All of these methods, while more efficient, also require significant investments in equipment, pipes, infrastructure (e.g., pumps Figure 4.1.9) and energy. In addition to the high cost, some soil types, irrigation networks, field sizes and crops pose greater challenges to implementation of more efficient methods of irrigation. For example, in the Grand Valley of western Colorado, the irrigation network is entirely gravity-fed, meaning that farmers can easily flood and furrow irrigate without the use of pumps. In addition, the fields are small and the soils are very clayey, all of which make using center pivots for row crops particularly challenging and expensive. But, in the same valley, the peach orchards have successfully used micro-spray and drip systems. A major advantage of more efficient irrigation in addition to reduced water consumption is that crop yields are often higher because the water can be applied more directly to the plant when water is needed. 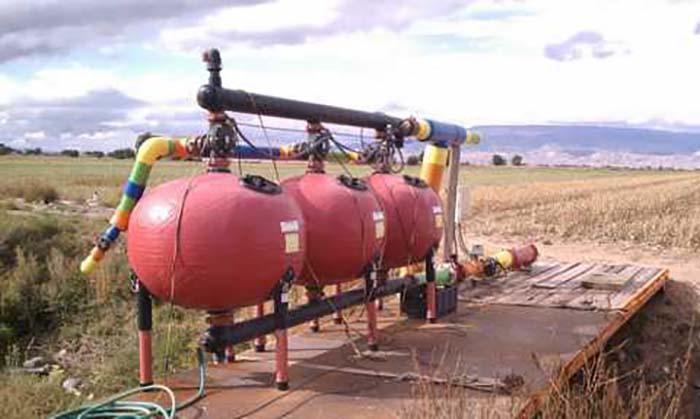 ×
Figure 4.1.9. Filtration and pumps for a drip irrigation system for onion and bean crops in the Uncompahgre Valley, CO.
Credit: Gigi Richard 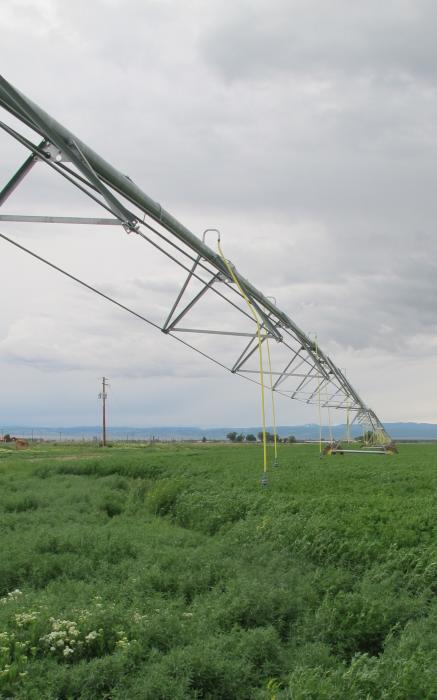 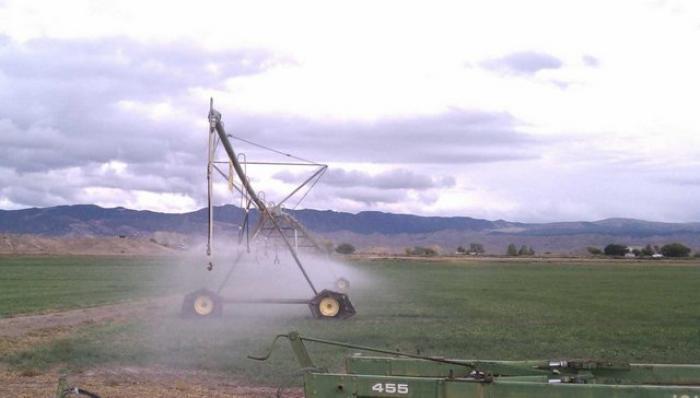 ×
Figure 4.1.10. a) Center pivot sprinkler irrigation on an alfalfa crop in the San Luis Valley, CO and b) a hay crop for cattle feed in the Uncompahgre Valley, CO.
Credit: Gigi Richard 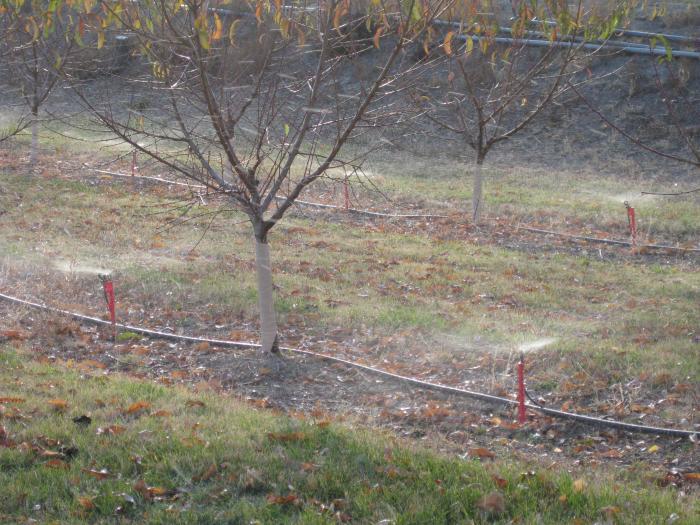 Table 4.1.1 below presents data on the top 15 irrigated states in the United States. You can see how many acres of land are irrigated in each state, and how much water is used for irrigation of both surface water and groundwater. Consider the relationship between the amount of irrigated land in a state, the type of irrigation used and the amount of water used. Answer the questions below.

An acre-foot is a unit of measure for large volumes of water and is the volume of water required to cover one acre of land to a depth of one foot (325,851 gallons). Imagine a football field, including the end zones, one foot deep in water.

Do the states that use the most water also irrigate the most land? Which states are an exception?

Hide
Answer: Idaho and Colorado use the second and third most water, but irrigate considerably less land than four other states. Nebraska irrigates more than twice as much land with less than half of the water that Idaho uses and about 2/3 of the water the Colorado uses.

Compare the data for Nebraska with Idaho. Nebraska's water withdrawals are much lower for a larger acreage of land than Idaho. What is the major source of Nebraska's irrigation water? Surface or ground water? And, which type of irrigation is used?

What are two reasons, in addition to differences in irrigation efficiencies, that a state might use more water to irrigate less land?

Hide
Answer: Difference in climate, that is temperature and humidity, can influence evaporation rates, and therefore affect crop consumption. Also, different plants consume different quantities of water, so irrigation needs vary depending on which crops are grown.